Posted by Neko Kyou in Naruto on December 1st, 2007

The New Team Kakashi Sets Out 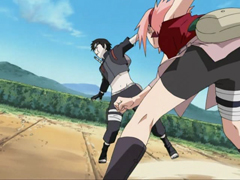 This was quite a funny and entertaining episode especially when Naruto and Yamato are involved. I loved Yamato’s uber creepy eye-staring but too bad it doesn’t really go beyond what has been shown if I recalled correctly. A pity, just like inner Sakura (shannaro!) that appeared to have been forgotten. 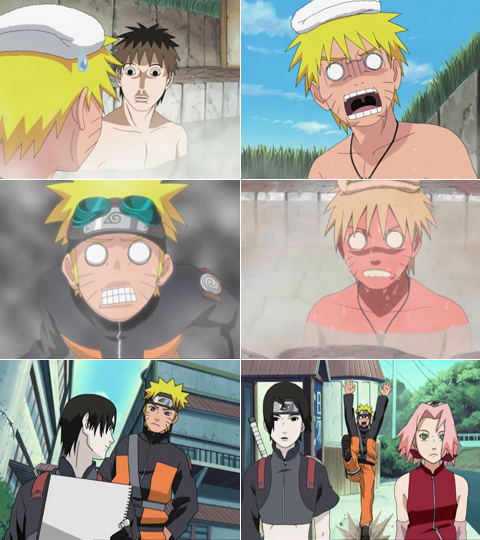 Definitely one of the better 1 hour specials we’ve had so far for Shippuuden. Possibly the funniest as well. This was one of my favourite part for this arc in the manga starting from Sakura punching Sai on the face to after the hot springs trip and they’ve managed to pull it off nicely.

I really do wonder what would have happened to Naruto if he had ignored Yamato’s warning and peeked over at the girls side of the bath. He was obviously terrified just by the thought (even more than he feared Yamato’s scary glare) but would he had ended up any better or worse than Jiraiya if Sakura caught him peeking? Even Shizune admitted that Sakura is behaving more and more like Tsunade, so Naruto would probably end up making Kakashi look like the healthiest man alive.

There wasn’t really any dull moments and the flashback to Sasori was very short, thankfully. 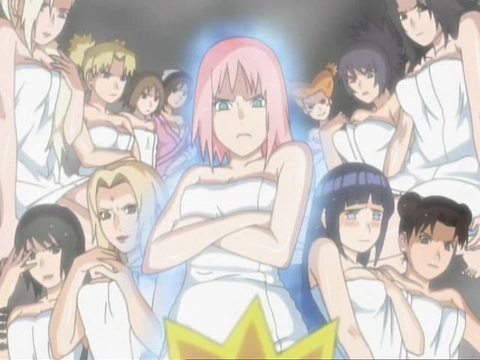 Gosh… Naruto has one sick, twisted mind. Most of them are okay, but that last one over Sakura’s right shoulder… *shakes head*