Posted by Neko Kyou in Thoughts on February 12th, 2011

This year’s list came a lot later than it should, it was something I had started working on about a month ago.

At the same time, this post will be slightly different than previous years – instead of calling it the top 10 anime of 2010, it will be a list of my favourite anime from 2010. Also, there won’t actually be any ranking, although it will be quite obvious which are the ones that I really liked…

Baka to Test to Shokanju 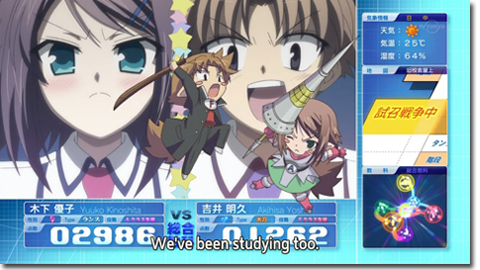 The concept was a good one and it was used with hilarious effects. Students with the ability to summon chibi warriors within a summon field to battle each other out – and the stats of the summoned being is directly linked to your academic grades.

It reminded me a lot of Angelic Layer so I was somewhat disappointed when the actual summon battle was only really present for a few episodes.

Even faceless, unnamed and mostly ignored extra characters were given limelight as the very deprived FFF group. The best moments of BakaTest:

BakaTest is stupid, dumb and makes no sense on many occasion. But it’s really funny and anything that makes you laugh is always a good thing. 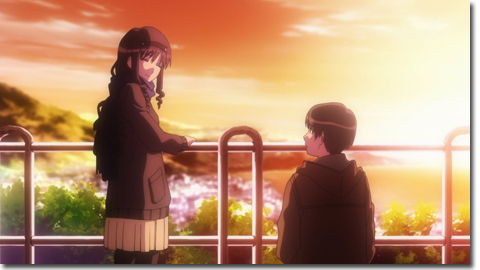 Based on a dating sim game of the same name, Amagami consists of multiple arcs. Each arc is 4 episodes long and focus on one of the endings from the game.

It might sound repetitive at first but fortunately it’s far from it. Amagami SS starts off with a very strong Haruka arc that will pull you in and makes you want to watch more, and while some arcs are not as good, they are still interesting enough to keep you watching nonetheless.

If that doesn’t convince you enough, perhaps this will:

Confession: This is the real reason why I started watching Amagami XD 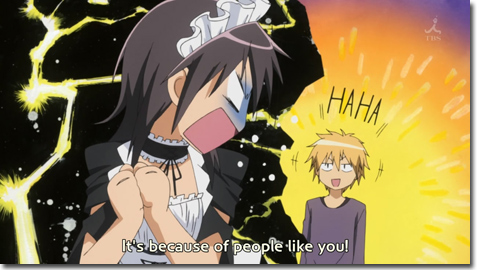 The devil student council president working part time as a maid in a maid cafe part of the description for this series was more than enough to pique my interest.

Kaichou wa Maid-sama follows a very simple formula of girl finds a problem, girl tries to fix the problem, girl fails, boy comes to save the day and never once did this formula fail.Misa-chan’s sometimes overly serious character and Usui’s rather twisted personality makes a really good combo.

Unlike many other series that tries to string together a horrible excuse for a plot, Kaichou wa Maid-sama did good by not having a central plot. Instead, you get a weekly dose of good entertainment and funny moments that makes you burst out laughing.

Hmm.. maybe I should pick up the manga too… 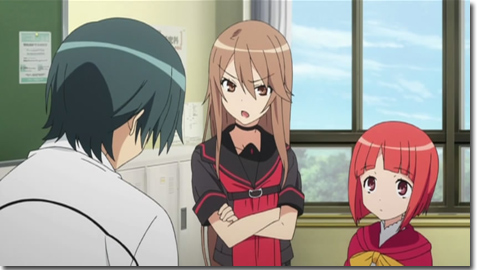 Expected this to be something like Spice and Wolf, but couldn’t be further from the truth. This is yet another love comedy and although the series borrows heavily from fairy tales such as Little Red Riding Hood, it has absolutely nothing to do with them.

Although branded as a love comedy, there really isn’t a low of funny moments. For me, it’s actually quite touching and I really enjoyed the lightheartedness and candid feel of Ookami. 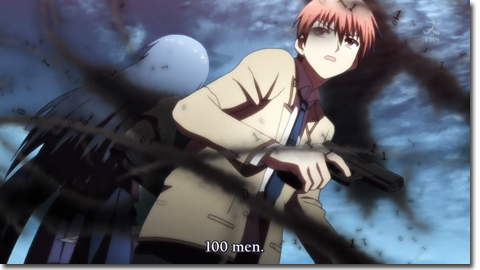 Angel Beats may not look like much at first, but it quickly grows into one of the series with the most potential in 2010, although it wasn’t really able to fully realize it.

With the premise being a school where teenagers who died living an unfulfilled life gathered, they formed an anti-angel group to wreck havoc, believing that they will disappear if they were to follow the rules.

It can be really brutal at times, but since all of them are technically dead, it doesn’t really matter how gruesomely they get mutilated, cut, slashed, squashed, drowned, or even beheaded since they will just return back to normal after a while. Knowing all this, the violent death of the members here becomes hilarious and this is where Angel Beats shine.

After all, all the screams and shouts of agony of losing a comrade with a fast beat BGM playing can be a really funny experience. Sometimes it feels like their actions are a little over dramatic since each and every one of them knows that the “dead” will just return at the end of the episode.

To Aru Majutsu no Index (Season 2) 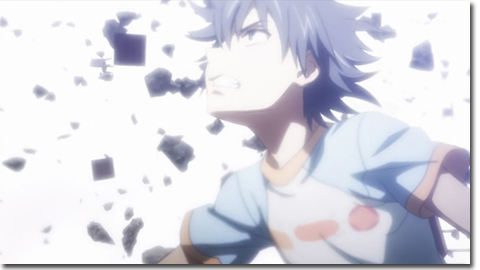 Index is back and although it had a slow start (not to mention they skipped quite a lot from the Daihaseisai) it’s still as good as ever.

My only real complaints is the same I had from the first season – the pacing. But to be fair, it’s much less noticeable now and the story flow is a lot better.

My favourite arc so far? The tree diagram remnant arc. You can never have too much Mikoto x3 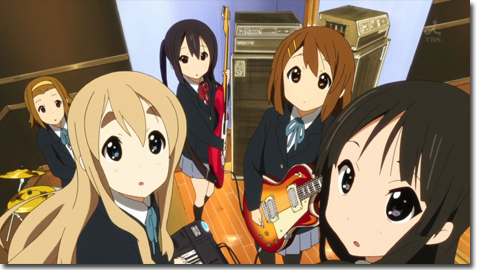 The K-ON girls returned for a second season and they did not disappoint! While the first season covered the first 2 years of middle school, season 2 is all about their final year (minus Azusa, of course). 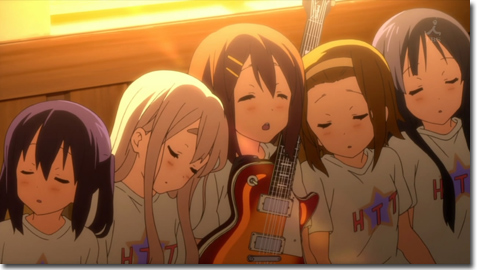 Perhaps the best part of K-ON!! is the entire school festival arc, from the preparations leading up to the end of HTT’s performance on stage and the realization that that was their last festival performance for the school drove them to tears while they chat about making next year’s performance even better.

Listen was a pretty good ED, one which I thought would be the best from K-ON!!, but KyoAni did one up with No, Thank You:

The Disappearance of Suzumiya Haruhi (Movie) 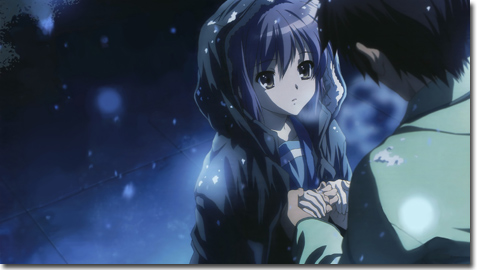 The best novel volume by far is the fourth volume so it’s only right that it get treated to the big screen. THIS is what Suzumiya Haruhi is all about – engaging story, superb animation, great story telling, beautiful OST, awesome voice cast and the epicness of Haruhi herself. 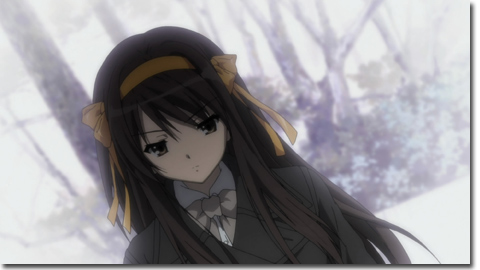 The movie was everything I could have hoped for after reading the Disappearance of Suzumiya Haruhi in 2009. I remembered that I couldn’t stop reading once I got started, and thankfully the whole story translated so darn well on animation.

To Aru Kagaku no Railgun 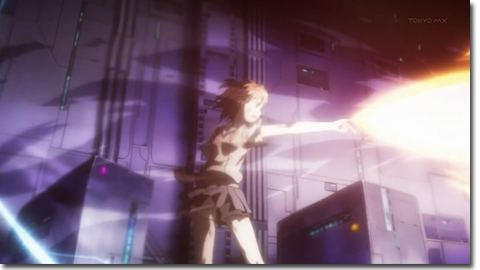 As if “Biri Biri” hasn’t already captured my heart in the original Index series, having her own spinoff is a dream come true. To top it off, I actually myself liking Railgun a lot more than Index.

While Index focused a lot more on the magical world, Railgun was all science and explored the many different types of abilities of the students of Academy City. Mikoto doesn’t really get enough limelight in the original series so watching this makes you feel more connected to her character. 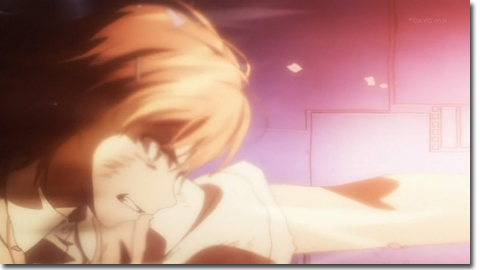 Railgun also has the best end not only for 2010, but even in recent years, mostly thanks to the most epic car chase scene in anime history (as far as I know) and great usage of not just one, but both opening songs.

If K-ON!! have the best ED song, then Railgun have two of the best OP in 2010, and this is proven with Only My Railgun being voted as the best anime theme song at the 2010 Animation Kobe Awards. 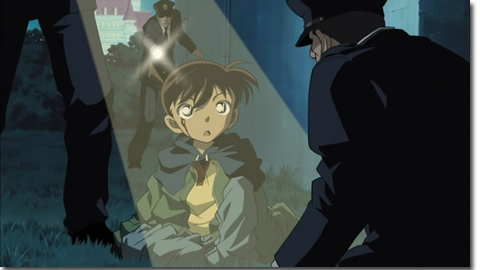 Detective Conan have been around for over a decade and it’s still going on strong – for good reasons. Even though I’ve always known this series existed and is very popular, I’ve never really thought of watching it, until late 2010. The reason why I’ve not watched it until now is simple – I’ve been having misconceptions about what the show is about up until the time I actually watched an episode, which instantly made me a fan. 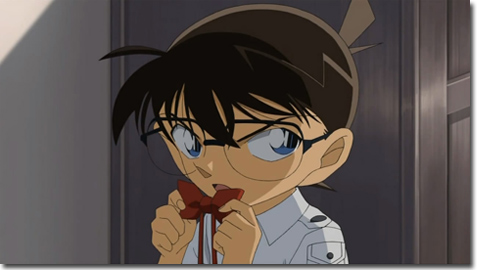 Just how much did I enjoyed Detective Conan? I watched over 300 episodes within a month, during which I attended my JLPT Level 5 exam, helped out with my best friend’s wedding, and not to mention work! It’s been a long time since I spent so much time every day watching anime and I enjoyed every bit of it.

Surprisingly, episodes where Conan encounters the Black Organization are often the ones I find the least interesting. Most fans enjoyed stories where they are involved, while I preferred those without them. The movies are also excellent as well. It’s no wonder the series gained so much popularity and is still much loved by so many after so long. 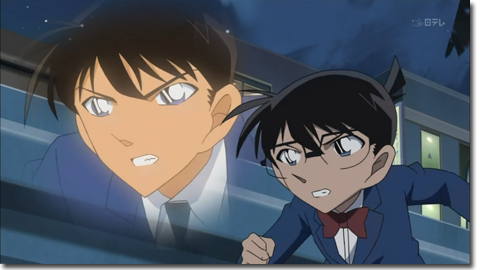 I’ve watched around 400+ episodes so far, slowing down a bit in the past month or so thanks to more projects to work on, Chinese New Year and games.  But even so, I make it a point to watch at least a couple of new episodes a day 😉