Some pics of what I’ve bought during my short trip to Singapore as well as my brand new laptop. 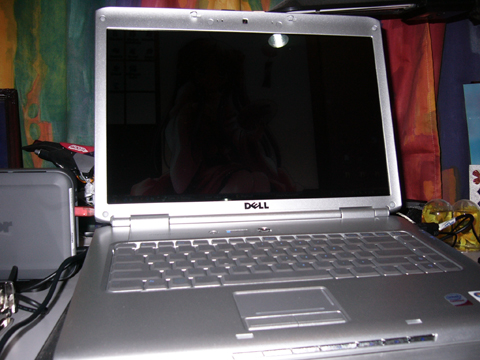 My original plan was to get one from Singapore during my trip, since I thought it was going to be cheaper and better there. But luckily, I did some scouting here before I left, and found out that while Singapore laptops are in a way cheaper and better, they do not fit my needs. They have good processors and memory at a low price, but they have terrible graphic cards. In the end I settled for this Dell Inspiron 1520 black. It’s actually black on the outside and silver inside.

Took me nearly 4 days to get it up and running as I liked it (in between my anime and CabalSEA closed beta) and I’m not quite done yet. I have yet to install a few other softwares which I’m still looking around for. 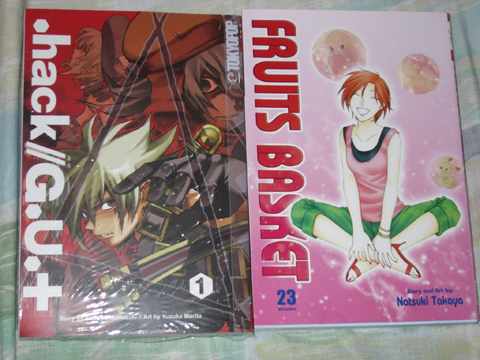 After waiting for so long, Fruits Basket Vol. 23 finally arrived…

There were so many new manga’s I wanted to buy, but due to lack of funds (read: money spent elsewhere) I only came back with 2 manga. The final volume of Fruits Basket and the first volume of .hack//G.U.+

And they’ve been sitting in my bag since, haven’t had the chance to read them yet. Okay, maybe not all… But I won’t really say which are mine, because while I own 2 of what’s in there, technically others could be mine too. Confusing, yes? But true.

So, based on my previous shopping list I posted before leaving for Singapore: