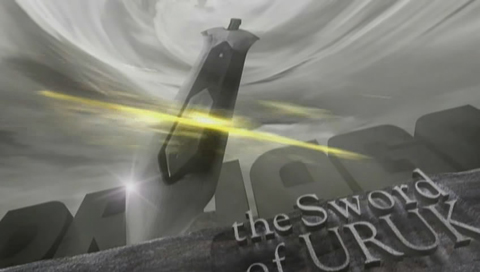 Regardless of what others think about it, I thought the Tower of Druaga – the Aegis of URUK was one of the top anime for 2008.Â  And the Sword of URUK is one of my most anticipated anime this season.

We’re into the 2nd week of 2009 but this is the first new anime I’ve watched this year and it did not disappoint for me. The animation quality could use some work for sure, but that was the only real problem I could see. 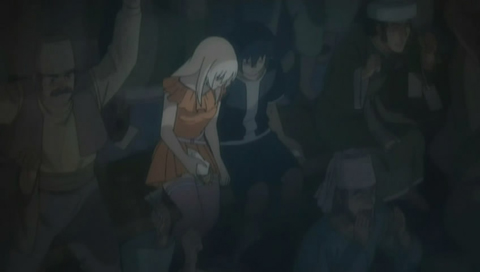 Jil doesn’t realize how lucky he is

Fatina is now working as a tour guide and selling replicas of her flamethrower for 390 gildas. And apparently she had decided to move on from Neeba, and onto Jil. Being the idiot that he is, Jil still thinks of Kaaya and sadly Ki’s vision will definitely pull him and back to Kaaya.

Fatina may looked like a spoiled girl in the first season, but I’ve always liked her better. She was very straight forward, speaking what’s on her mind, while Kaaya was too secretive and manipulative. Fatina even questioned Neeba’s motive directly and if it weren’t for Neeba manipulating her feelings, she probably would have abandoned him much earlier.

Jil would probably end up with Kaaya but I say ‘boo!” to conventional happy endings and hope he dumps Kaaya too rot. She might have a reason for doing what she did, but deceiving and manipulating someone who is willing to risk his life for you puts her in bad light.

Besides, Fatina is better looking 😀 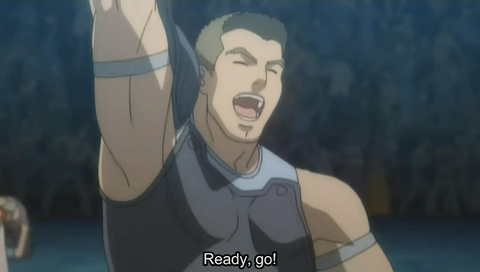 I’ve always thought Utu was just an empty armor possessed by some spirits to make it move around and talk. Now the only ones who are still missing are Melt and Coopa. 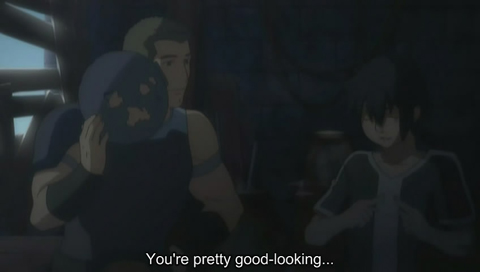 This is just… wrong…

The Sword of URUK’s OP is pretty good, but I still prefer Swinging 😀