Posted by Neko Kyou in Thoughts on December 31st, 2008

Maybe it’s because I didn’t watch as many anime as I did last year due to work, but it seems like the overall quality of anime released this year wasn’t as high as last year. That doesn’t mean that the series that came out this year are bad. It’s just I find that there were a lot more choices I had to really evaluate to stick into the top 10 last year than this year.

But all in all it’s still a good year, especially for sequels and most importantly, the starting point where studios and anime companies finally begins to see the bigger picture and began to stream anime online for free or a small fee.

As usual, this list is based on what I’ve watched this year (that was released this year) and since I did not get pass episode 4 of Macross Frontier, it will not be on the list no matter how good you say it is. Shana Second would have made the list too if it didn’t suck so bad for the first 3 quarters of the season.

Side note: Kugimiya Rie the tsundere queen has been hard at work this year… 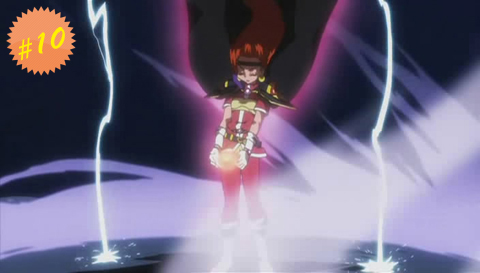 Megumi Hayashibara returns along with the others to voice Lina Inverse and gang in Slayers Revolution. They managed to keep true to the series, although they could have really done more to keep the plot interesting. But since this is basically just the first half, there’s still a chance for Slayers to bounce back in Evolution-R.

Overall the series was just as I remembered, although a bit disappointing at the same time due to the lack of interesting developments. 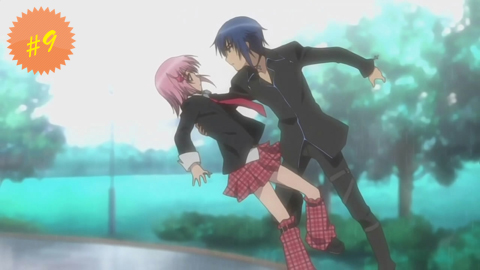 Admittedly there are a lot of boring parts, especially at the beginning of Doki, but it’s been going uphill ever since Nadeshiko Nagihiko returned. Come to think of it, the series began to feel boring ever since Nadeshiko left. It was probably “her” presence that gave life to Shugo Chara in the first place since Tadase and Yaya is pretty much hopeless.

Nadeshiko was the one initially pushing the plot forward and is now pretty much doing the same thing again. Just gotta love the rivalry between him and Rima-tan. And Kairi suks. 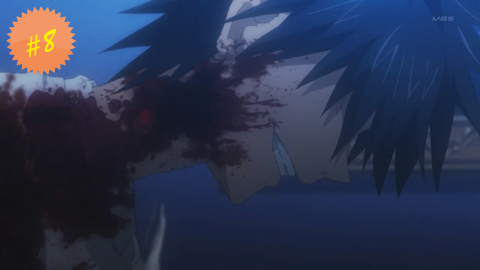 #8 To Aru Majutsu no Index

This would be so much better if it was moving at a faster pace. The alternating episodes of action and story development leading towards the next action episode feels so painfully slow. But otherwise it’s a pretty good series, although Touma really needs to do learn some new tricks other than rushing into things and depending on his Imagine Breaker which seems to be getting more and more useless with the newer enemies.

To Aru Majutsu no Index does show a lot of promise to be great despite its terrible pacing. It feels like a darker version of Law of Ueki, but at the same time it’s also something that has never been done before from what I know. Magic and science put together has always been an interesting formula especially if done right, and this show is heading down the right way. 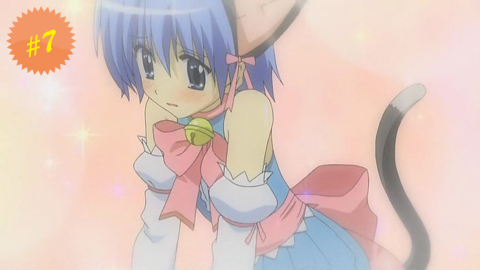 I still don’t know why Hayate is the combat butler, especially since he rarely do any actual combat. It’s more like a all-in-one butler who does anything and everything (wait… that’s what a butler does, isn’t it?). It’s more appropriate to call Hayate the poor and bad luck butler.

Hayate makes use of plenty of cliches, puns and parodies but at the same time maintain a fine balance of original story and insanity that doesn’t make the series feel like its pushing it too much. 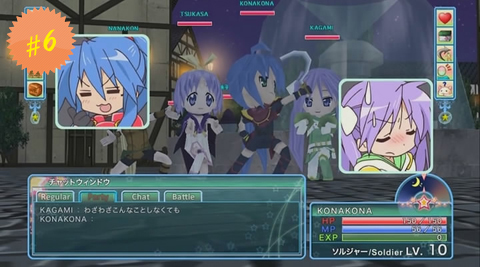 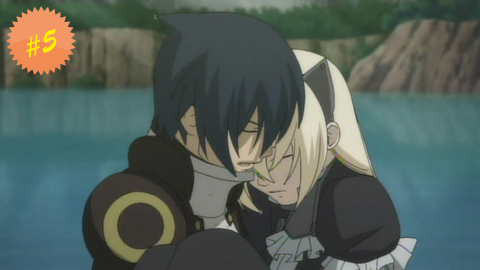 #5 Tower of Druaga – the Aegis of URUK

The first episode wasn’t really the first episode, but more of a chaotic piece of randomness put together to attract the attention of the anime community. There was an alternate, real, first episode that appeared on NicoNico for a short while before being removed for some reason. But trust me, the one everyone is familiar with is much better.

The plot is as thick as a slice of cheese, there are no character development, and everything looks as if the director simply dreamed up of a story the night before the episode script was due. Only the last few episode had any real and actual meaning to the plot.

But the journey was a really good one. The seemingly bizarre randomness of plot and twist made the Tower of Druaga what it is that we came to love. I mean, who can forget the Roper dance!? And I can’t wait for the Sword of URUK to start showing in about a week’s time.

Initially I was skeptical of what Gonzo would release to the world as one of two of the first ever anime being streamed online for free right after the episode is released in Japan. Thankfully, the Tower of Druaga proved to be a good show, although I can’t say the same for the rest of Gonzo’s releases since then. 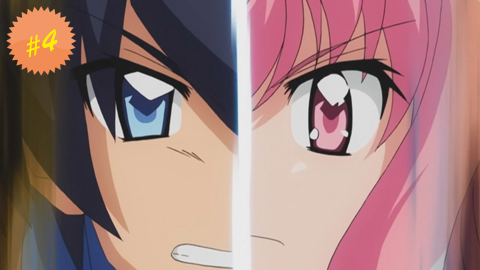 #4 Zero no Tsukaima: Princesses no Rondo

I missed Zero no Tsukaima last year and did a marathon of the first 2 season before starting to watch Princesses no Rondo. The relationship between Saito and Louise reminds me so much of Yuji and Shana but maybe that’s because they are voiced by the same pair of seiyuus. But unlike Yuji x Shana, Saito and Louis is less annoying but more entertaining.

Zero no Tsukaima never fails to crack a laughter whenever some scared super weapon turns out to be something from “our” world such as a bazooka or an antique fighter jet.

One thing that had struck me as odd since the start is how Saito so easily adapted to his life with Louise and never really misses home as much as he would like to make others believe.

ZnT is also one of the rare few series that continues to be good season after season. 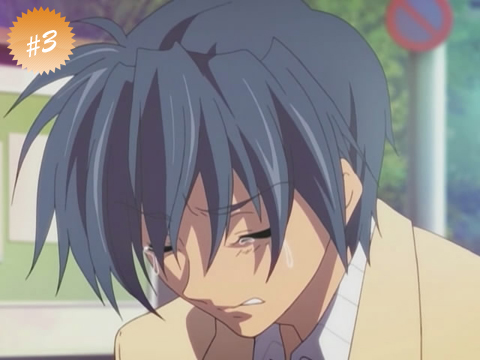 Clannad is without a doubt one of the top series last year and it is still tops this year. The last few episodes was very well done and it just loves to twist your emotions at will. It was unfortunate that Kyou didn’t get her own arc since Tomoyo even had her own special alternate ending.

While After Story was not as good as the first season, After Story acts more like an epilogue than an actual sequel season. The focus of the story for the most parts shifts away from the main girls in Clannad. Artwork and animation is still tops, as expected of anything KyoAni.

However, this is probably something only fans of the original season would enjoy. Like me 😀 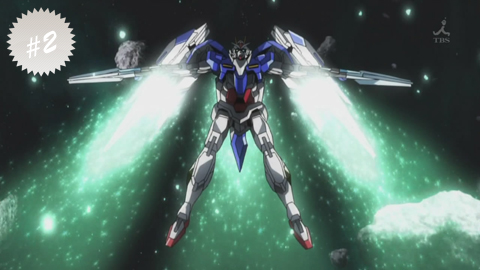 I was very skeptical of Gundam 00 when it first aired. It was like an updated version of Gundam Wing and for most of the first season, g00 was just bad. But the 2nd season really picked up and it turned out to be one of the best this year – once you’re used to how Sunrise does things, of course.

Look pass how Gundam 00 is all about the mobile suits power rather than pilot skills most of the time, how a more powerful MS or upgrade appears every few episode and how new technology just appear out of thin air, and you’ve got one of the most impressive mecha anime of the year.

There are more character development so far in the second season than the entire first season combined, something I ranted about before. 00 Gundam is now the most haxed MS ever with its quantum dissolving ability, although I still think it will lose against Strike Freedom and especially Infinite Justice.

Maybe it’s just me, but g00 s2 is beginning to feel a bit like Code Geass in how the writers are trying to screw the cast one way or another. 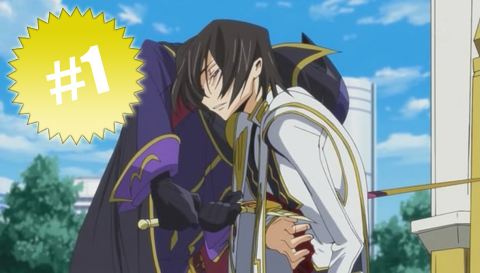 There are no good guys or bad guys, just people with big egos and personal agendas. Trust no one and be prepared to back stab anyone. Those were what made Code Geass the best of 2008.

Suzaku, an ally who turned into your worse enemy ended up being the only person you can rely on in the end. The infamous “Orange-kun” who became one of Lelouch’s greatest ally and carried on to become arguably the coolest character in entire of Code Geass.

The Order of the Black Knights, one of the most powerful and influential organization built from scratch by Zero, turned against him without batting an eyelid. Kallen, the person who no one believed would have turned against Lelouch, did just that without first seeking the proper truth.

And the ressurection of cast members who long thought dead, but as the saying goes, if there is no dead body being buried, no one really died. It’s just sad that Lelouch decided that he needed to die instead of abusing Jeremiah’s Geass-Canceller ability to re-geass the entire world to either do as he wished, or to forget the whole incident.

The final twist of Zero Requiem was totally unexpected, having Zero to finish off Lelouch himself. What surprises me is that no one wondered why unathletic Zero was suddenly able to get pass all those guards and single handedly take out Emperor Lelouch. But the biggest question still remains, is Lelouch still alive somehow in the World of C, just as his mother, Marianne, was?