Ever since I started watching Maid Guy, I have a tendency to go “kukuku…” after every other sentence and replacing it with “lol” and “hahaha” whenever I’m chatting on MSN. I can just imagine Kogarashi going “Kukuku… Meido Guy laughter brainwashing FTW!

Maid Guy is as gay as any anime title can get, which was why I never thought I’d be watching, much less enjoying every bit of this series right now. Honestly, not many people would fancy the idea of an oversized, burly man with a lame mask, razer sharp teeth and long, purple nails in a maid uniform disgustingly gay? You can’t blame anyone for trying to avoid this anime unless they know the truth behind the awesome meido guy with amazing meido guy powers. 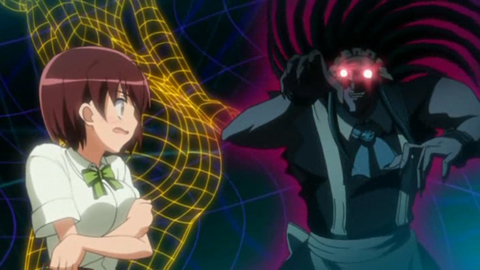 The most perverted technique he’s shown so far and also the most abused. I wouldn’t mind having this kind of eye power and I’m sure all you pervs would agree with me on that. 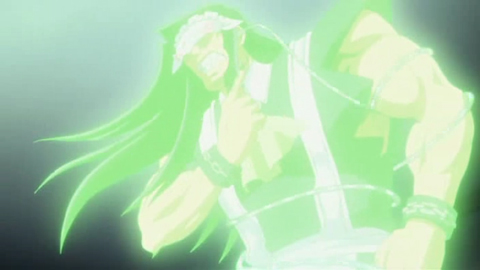 Who needs printers when you have Maid Guy Cope? They come out bright, contrasted and colourful! I’m with Kousuke on this one. There are plenty of inner mind images I would love to print out with this technique XD 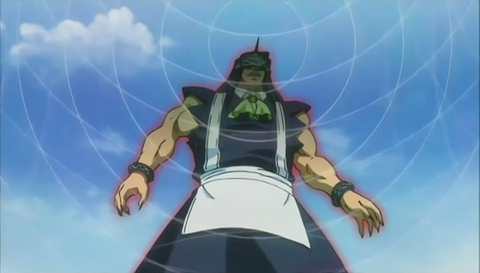 The classic hair sensor. While I say it’s classic, I can’t really recall any specific series that uses this right now. The only thing that came across my mind is Chiaki-sama’s dancing hair. 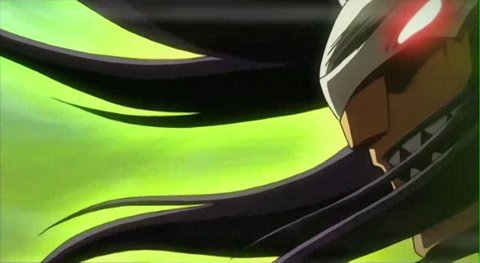 Even Giant would cower in fear…

Not an ability I would like to ever witness or have. Ever. 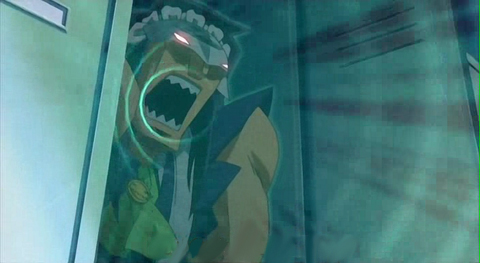 Maid Guy Freeze Voice, on the other hand, is a handy ability to have. Just imagine… freezing your victim and slowly have your way with them. 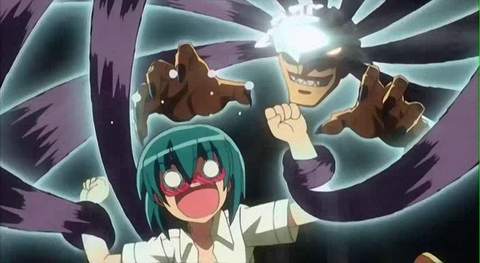 At least 2 tentacle rapes this season. Seems to be the in thing to do this season, eh? 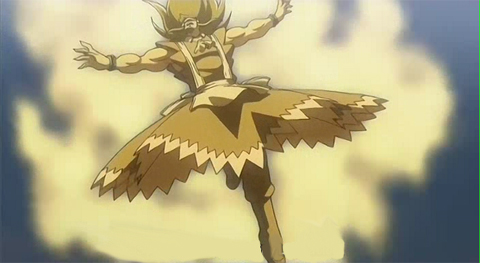 He needs to use this more, seriously.

Maid Guy Levitation is a personal favourite of mine. Who wouldn’t wanna learn how to levitate? Think of all the things you can do with this ability: peeking, sneaking around, going over walls/sensors, stealing… Nijuu Mensou would be proud! 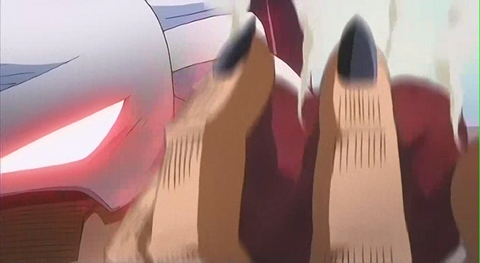 Although honestly, I think having this ability would scare off any ladies away from you. But if you like DFC’s, this may be what you’ve been looking for all your life. 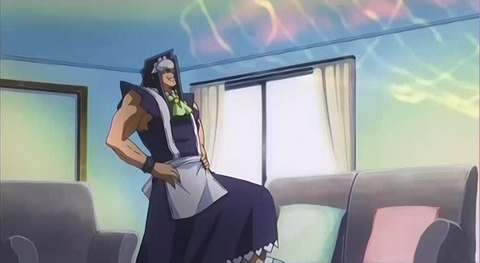 Daydreams will never be the same again.

This is one of Maid Guy’s most dangerous ability so far. The ability to project images into your target’s daydream is a very powerful ability that can make or break a person. Yuri would have been proud. 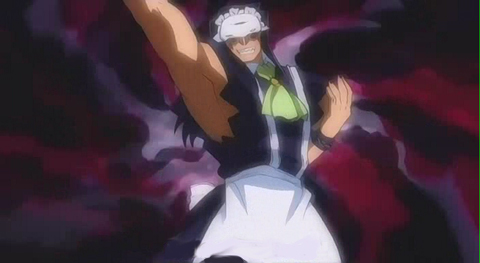 Would have loved to see a caramelldansen Maid Guy…

Yet another ability I can easily do without. It’s an awesome ability for sure, but this is just too creepy to actually have.

That’s a total of 10 Maid Guy powers revealed within 7 episodes and judging by his 37 senses, there are still a lot more to come. We can only hope that he has even whackier abilities that hasn’t been shown yet. After all, it’s Kogarashi’s Maid Guy abilities that makes Kamen no Maid Guy so fun to watch 😈