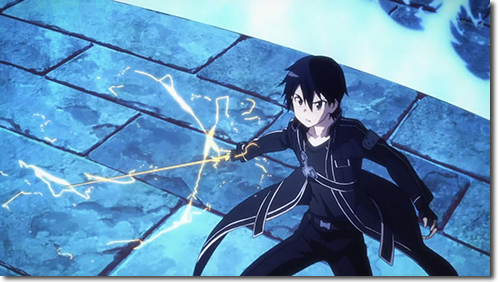 Yes, I have a new love. It’s Sword Art Online. There has only been 3 episodes so far, the story jumps forward rather fast with a lot of holes missing here and there but it doesn’t stop me from loving. every. single. moment. of. it. 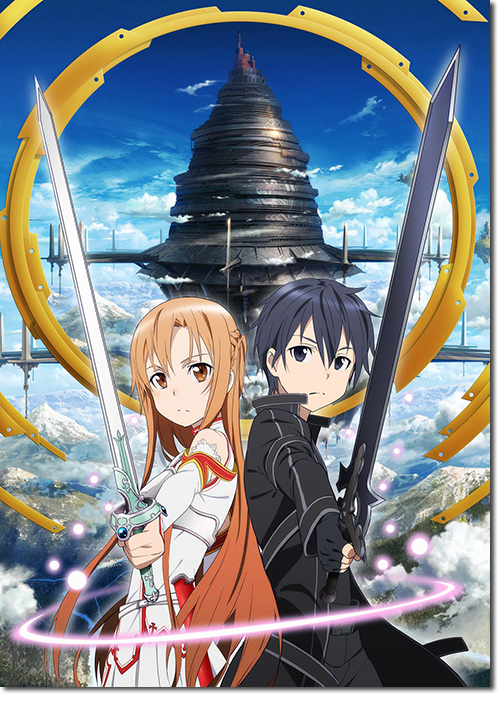 I love the .hack series. It was, and still continues to be, an awesome series. It marked the beginning of my love for MMORPG related series. That was Accel World had me super excited. Any good MMORPG themed stories would make me squeal with delight.

Then came, from the same brain behind Accel World, yet another MMORPG themed show. This time, it also features plenty of swords – my favourite weapon. I already knew I would enjoy Sword Art Online even before watching it, but actually watching it just made me fall in love all over again with the genre. 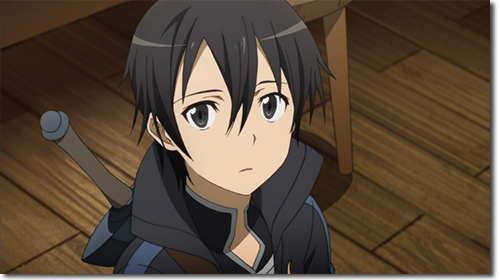 From the tiny bits of information I’ve picked up here and there so far (trying not to spoil too much for myself) it seems that Sword Art Online is only the start of a longer series – with the protagonist Kirito venturing into other VR-MMORPG games after SAO has been completed. With the light novel series still on-going, we might be in for a long and fulfilling ride.

But what if you weren’t a fan of .hack or Accel World? Would you still enjoy it? The only thing I can really say is to give it a go. Unlike .hack, the plot (so far) is much less complicated and moves at a faster pace. It also have a heavier atmosphere than Accel World, where true death awaits you even in a game. 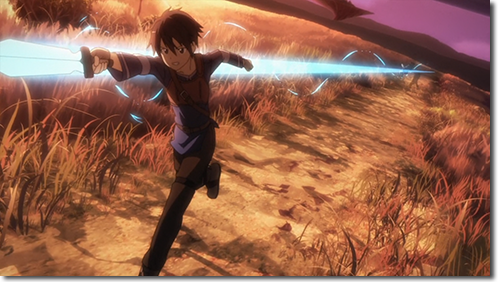 Fortunately, Baka-Tsuki have a translation project going on for Sword Art Online which has gone pretty far. I probably won’t be touching that for a while since I want to enjoy the anime a bit more 😀

I was talking about how “The World” was my one gaming wish yesterday, and it kind of reminded me of an interesting topic about the .hack series. If you were asked to select one of the characters from the entire .hack series, who do you think is the true hero of “The World”?

Among all the characters, I have narrowed my candidates down to 4 people. First up, we have Tsukasa.

The girl who was trapped in “The World” and believed herself to be a boy in .hack//SIGN. Tsukasa found herself living in a very real “The World”, being able to feel, hear and touch her surroundings even though they were just data on a server. She had lost consciousness in the real world and have no recollection whatsoever of who she really is and even believed herself to be a boy in real life.

Tsukasa was the key to awakening Aura, and was under the influence of Morganna Mode Gone, who did not want Aura to awaken. Throughout the series, Tsukasa caused a lot of frustration not only to herself, but those around her. She had been wishy-washy and passive for the entire series until the last moment, when she finally decided that she would no longer escape from her real life and awakened Aura, paving the path for Kite in the .hack PS2 games.

Next, we have the man himself, Kite.

The leader of the legendary .hackers party who solved The World’s final mystery… Kite sought after Aura with the help of the Twilight Bracelet in order to find out what happened to those who fell into coma in real life after being killed by “bugged” monsters. With the help of the rest of the .hackers, Kite finally managed to bring back all those who had fell into coma due to Morganna and obtained peace in The World.

The third candidate is…

And finally, the uber mysterious Queen of the Dark….

Haseo, Yata (aka Wiseman) and Ovan might also play crucial roles in the .hack storyline, but until the final G.U. game is released, we can only speculate. Therefore, I did not consider them for this.

In my opinion, all four candidates above each play key roles in The World, and the biggest is most likely Kite. However, I do not think that he is the true hero for The World. Who do I think is worthy of that title, then, if not Kite?

It is Tsukasa, the one who started the ball rolling. By deciding that she would no longer run away, Tsukasa allowed Aura to awaken, which triggered the events that would make Kite a hero.

Balmung’s role in Aura’s awakening was too minor, and although Helba aided the group to discovering the truth about Tsukasa, it was ultimately her own decision to do what she did. True, Subaru had a role to play in that, but Helba was nowhere near to influencing Subaru as well. Even the events of G.U. can easily be linked back to the moment Tsukasa awakened Aura, which lead to the release of the 8 phases by Morganna.

And that is why I believe Tsukasa is the true hero of not only The World, but the .hack series itself.

A reply to Dyna-Storm’s tag post, “Your 1 Gaming Wish”. Now, incidentally, my 1 gaming wish happens to be related to anime, which makes it a perfect post for this blog

My 1 gaming wish is – for “The World” to be a reality. If you don’t know what it is, “The World” is actually a Massive Multiplayer Online Role Playing Game (MMORPG) that exist in the .hack story lines. The entire .hack series revolves around this MMORPG, which makes use of virtual reality goggles that allows players to fully immerse themselves in the fantasy world setting of the game.

In fact, it was the .hack series (or to be more precise, the .hack//Legend of Twilight Bracelet and .hack//SIGN anime) that turned me into a MMORPG lover, especially Ragnarok Online, which I previously disliked. I loved role playing games since I was little, from traditional pen & paper RPGs to favourites like Final Fantasy. However, I didn’t really enjoyed MMORPGs as much until I was exposed to .hack a few years ago.

The main reason why I wished “The World” would become a reality is probably due to these of visors that allows players to have a full 360 degrees view of the in-game world that boasts awesome graphics and sound system. At least I get to play my video games with the best monitor I got from ArmchairEmpire.com which is pretty close to reality.

It also helps that the game is full of quests and special events, especially while Balmung was an Administrator with CC Corps. If I had a choice of which timeline I would like to enjoy “The World” in, it would have to be during the .hack//Legend of Twilight Bracelet arc, where Shugo and Rena had their fun with Mireille (Mistral’s daughter), Ouka the Invincible Fist, Hotaru and of course, Administrator Balmung.

The manga version of this series was the first time I had been exposed to the .hack universe, followed by.hack//SIGN and the .hack PS2 games with Kite as the main character.

I’ve been a fan of the .hack franchise ever since then and even until the most recent .hack//ROOTS and the .hack//G.U. series featuring Haseo, the Terror of Death. “The World” continued to leave me enchanted, hoping that someday soon, we will be able to play a game in the very same way that the .hack characters are playing their beloved “The World”.

I now tag anyone who reads this, just make a post about your one gaming wish and link back to the person who tags you (in this case, that’s me