7th Day of an Anime Christmas

On the 7th day of Christmas, my anime gave to meâ€¦ 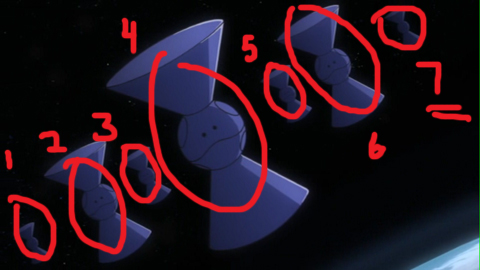 With 4 episodes under its belt, Tanekyara Gekijo (or Mini Seed and Mini Destiny as I call them), it should be considered a series on its own within Cosmic Era. This is obviously fanservice especially in episode 1 with the gang abusing the power of Seed to the maximum. Personally, I think Lacus has the most powerful Seed of all. She can even control Kira with it… no wonder she’s dubbed Lacus “Darth” Clyne.

Hmm… Is it just me or does this stick Rey produced and proudly called “Gil Edition Time Slip Stick” look a heck lot like Sakura’s (CCS) star wand? The colour and the wings are quite matching with a miniature Dullindal replacing the star crest.

Sunrise really stereotyped each of the characters according to how fans normally sees them. Kira is portrayed as a happy-go-lucky person who cries easily (and quite often) and Athrun is seen as the dependable friend. This holds true in Seed, but I’m not quite sure in Destiny lol. Still, I’m glad they followed what fans thought from Seed.

While the Seed abuse are just too damn accurate of a representation of each how they made use of their Seed in battle, the episode itself is nothing much compared to Dullindal Destiny 1. 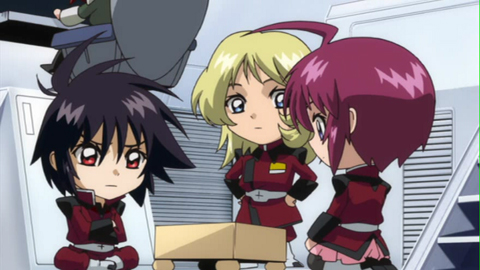 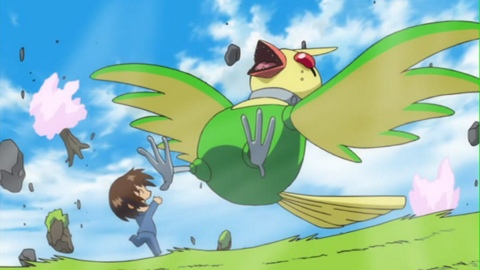 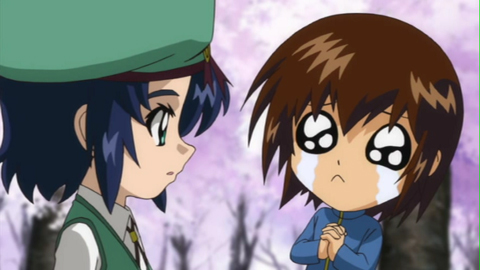 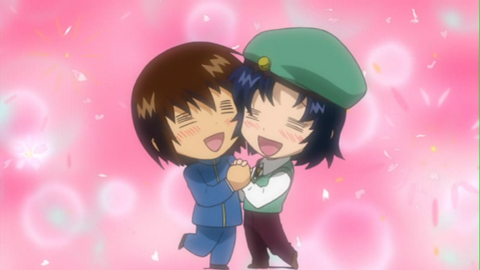 And they all live happily ever after…

Noticed how there are more and more screenshots as the days goes by? 😀

“12 Days of Anime Christmas” brought to you by your friendly neighbourhood anime lovers:

6th Day of an Anime Christmas

On the 6th day of Christmas, my anime gave to meâ€¦ 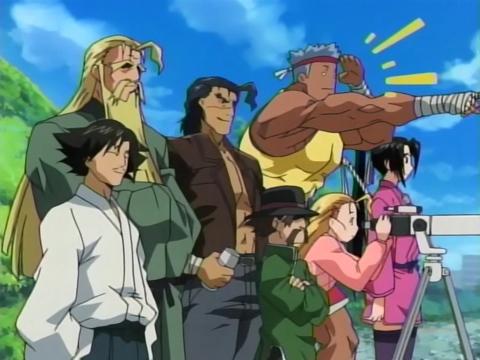 6 Scary Crazy Masters (and a pair of boobies for fun).

There are plenty of memorable scenes in History’s Strongest Disciple, Kenichi, but the best is without a doubt in episode 49 (and I’m sure many will agree with me on this one) where Kenichi finally made good use of all his training with the different masters.

His previous combination of different martial arts along with his original 5-in-1 no-rhythm punch was awesome, but having Kenichi mimicking all his masters down to their personalities is just pure win.

I’ve watched that scene dozens of times and still have yet to get bored with it. It’s easily the most memorable in the entire series, one that really gave out the vibe of the strongest disciple in history. Sure, his strongest moment was during the final moments of the battle against Odin in the last episode, but that was nowhere as cool and awesome. 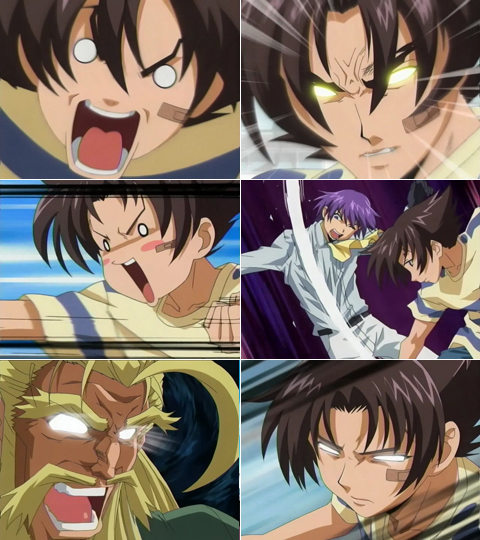 I actually wonder if its at all possible to mix and match different martial arts like Kenichi does. It’s probably possible to learn different styles and switch during combat, but combining everything in a single move is probably impossible. The manga has gone much farther into the story and with any luck, we’ll get to see a new season of Kenichi.

Watching Kenichi kinda made me regret wasting my time back when I was learning Wushu back in high school. After becoming a yellow belt, I got lazy and started to skip training sessions and never bothered to go for tests/exams or whatever you call it (since I’ve forgotten the proper term) to upgrade my rank even though I probably should have been a blue belt. But one good thing that came out of being lazy was that I decided to quit and joined the Red Crescent instead and that was loads of fun as well. 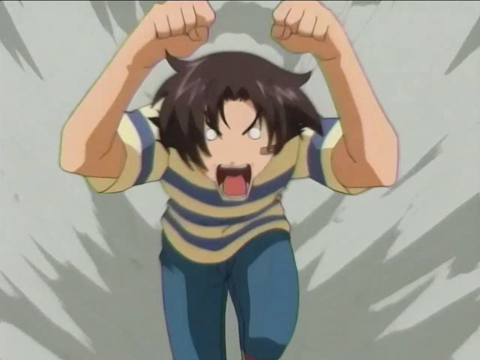 “Apachai dash! Be prepared to go to hell!” 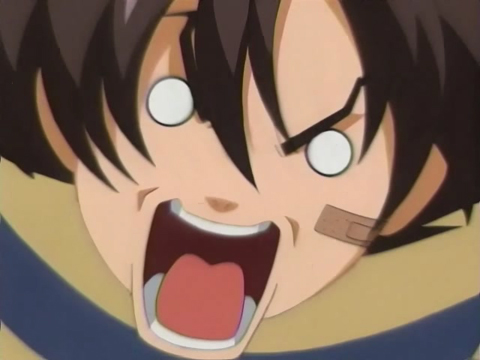 Don’t forget to check out the latest (or not so latest) entries from the other participants: 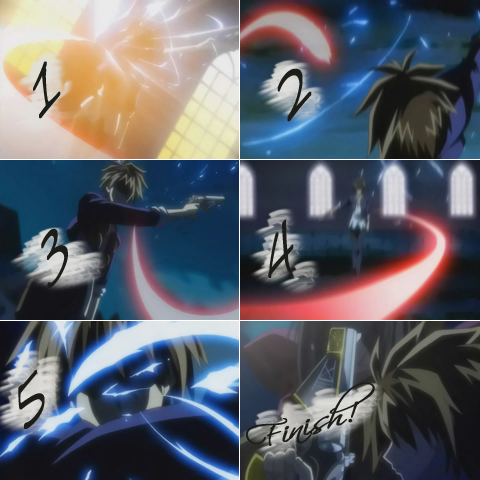 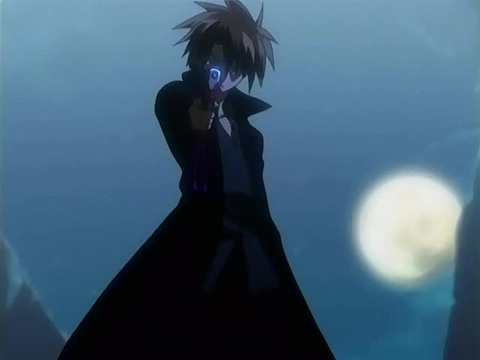 4th Day of an Anime Christmas

On the 4th day of Christmas, my anime gave to meâ€¦ 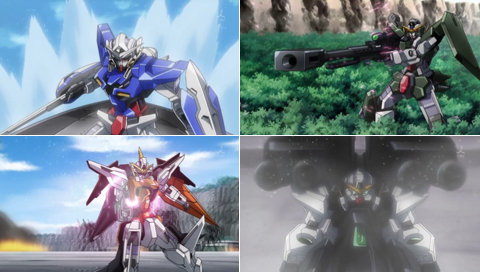 Gundam 00 (aka g00ey) first few episodes did not impress me at all. While many others had praised it, I found it to be sucky and downright poor. Even Gundam Seed Destiny’s first impression was better.

But in later episodes I began to find a strange appeal to the very overpowered Gundams, especially in the latest few episodes. The Meister’s are beginning to push their Gundams more as they are backed into a corner and the struggle that was lacking earlier on finally forces some character development to take place among the emo pilots.

The Meisters aside, the Gundams are cool. And if they can continue to come up with surprises such as the one below, it’s only going to get better. 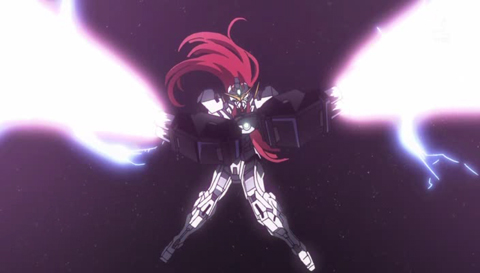 “Surprise! I am a she-male after all!”

I know I make fun of g00ey a lot, but seriously, it’s much better than I expected and is definitely memorable. How often do you see a Gundam perform a sex-change (or at least, turn into another unit) in front of your very eyes?

Don’t forget to check out what the others have posted up for today:

Brought to you by the friendly guys from the A.B.C. 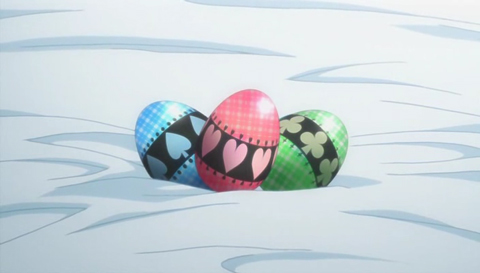 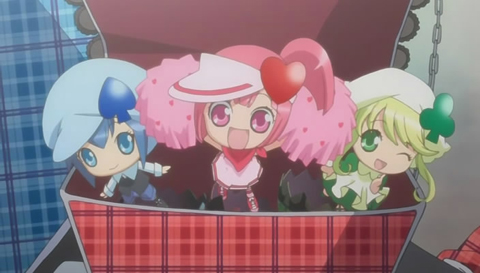