Posted by Neko Kyou in Reviews on September 25th, 2007 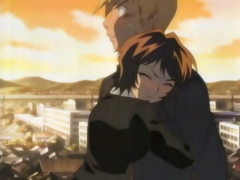 Kouta tried to convince Midori to let her mother know about what’s going on, but Seiji refused on her behalf, saying that Midori herself is troubled by this as well.

And one of the shamans that Midori’s mother invited seemed to be the real deal, saying that Midori herself did not want to return yet. Even if he was to forcefully return Midori’s spirit, the same thing will happen all over again. It’s best to let Midori find what she truly wants and then return on her own. I remembered reading that Midori actually did return to her real body a few times in the manga, but quickly went back to Seiji’s right hand again each time.

Midori seemed to be really bothered about what Kouta said and Seiji only made things worse for her. It seems to me like Seiji was actually trying to convince Midori to want to return to normal in his own way.

After Seiji went to sleep, Midori completed the muffler she was making and put it over Seiji. Then she started to wonder if it really wasn’t her own fault that she ended up that way, and whether it was okay for her to stay that way. Seiji woke up a bit later to find that his right hand had returned (and I quote “What the hell is this?”) and started to panic when he realized Midori is missing.

They met with another group of delinquents while walking on the streets who had been waiting for him. They were the same ones who Seiji had beaten up the day before at the bowling alley, but this time there were more of them. Seiji told Miyahara to run and keep his new collection safe as he released all his pent up anger on the delinquents.

Miyahara ran into Ayase as he was running away and told her about what happened. By the time Ayase reached where Seiji was, he had already taken care of all the delinquents although he was bruised as well.

Ayase began to pour out her true feelings for Seiji and finally confessed to him how she truly feels. 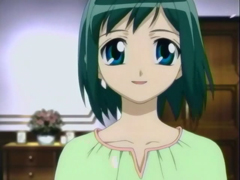 Seiji rejected Ayase with the excuse that he can’t seem to think about it right now, but Ayase told Seiji that it’s probably because he already likes someone else. He said that even though he always thought of Midori as being noisy, but when she was no longer around all he could think about is her. Ayase then explained that its probably because he doesn’t know how he truly feels about Midori.

When Kouta came to see Midori, he found out that Midori had no memories at all about what had happened to her. She totally forgot about how she had been Seiji’s hand, but said she felt all warm and happy inside. Kouta was torn about whether or not he wanted to tell Midori what had happened, fearing that Midori might decide to return being Seiji’s hand and fall into a coma again.

Seiji went home that night and began to notice how much Midori had been a part of his life and was given a surprise greeting from his sister, Rin. She noticed that Midori was no longer on Seiji’s hand. When she found out that Midori had probably returned to her real body but Seiji did not go and look for her, she gave him a beating and took his allowance as usual. She also took away the hot spring buns she brought as a present, saying that it was supposed to be for Midori, to which Seiji had no reply.

He also found Midori’s little diary underneath the muffler she made for him and read through it.

Seiji appeared in front of Midori’s house the next day but chickened out the last minute and turned to walk away when he heard Kouta calling out to him. Kouta explained that Midori had woke up in her real body but when Seiji asked Kouta to hand over Midori’s diary to her, he asked Seiji why wouldn’t he hand it over to her personally.

Seiji seemed shocked when he heard that Midori had no memories of what had happened. Kouta tried to persuade Seiji by telling him that she still wanted to be by his side, but Seiji said its best that she doesn’t remember anything and tried to leave. Midori heard Kouta calling out to Seiji and saw them both outside the gates of her house.

A flood of emotions came over Midori, who suddenly felt like she had lost something very important, and wanted to return to that time when she felt really happy once more. But her mother told Midori that she cannot return to that world, and that if she doesn’t do anything in this reality nothing would change. Midori seemed to have made up her mind and quickly rushed out of her house.

Kouta directed Midori to find Seiji and stopped her mother from trying to go after her. Midori went to all the usual places where she used to see Seiji, but had absolutely no luck, and sometimes just passing by each other without noticing.

Seiji, on the other hand, roamed all over town reminiscing about what had happened through Midori’s diary. He was obviously very depressed as well.

As fate would have it, Midori finally found Seiji at her special fountain overlooking the city. She gathered up her courage and walked up to Seiji, who was really more surprised to see Midori then she would have thought. Took her a while to actually say it, but Seiji responded in kind with a smile. They really looked like they were about to embrace each other but it started to snow and they ended up looking at the falling snow instead.

“And they live happily ever after… The end…”

Well, at least it sure seemed that way 😛