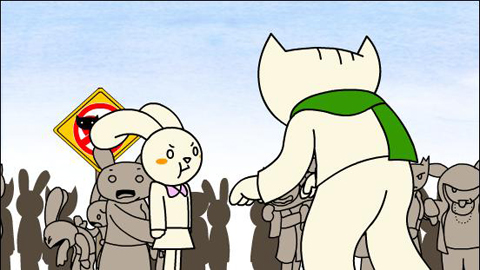 I’m feeling very excited right now. SamBakZa’s There She Is!!! Step 3 – Doki & Nabi, has finally been released after 3 long years! It’s not as zany as the first two, but who cares~ It’s still awesome!

If you’re not familiar with this series, you should check out Step 1 and Step 2 first. It’s possibly the best flash animation around. Adorable characters, superb animation and a story that would make anyone go aww… If you’ve never watched this before then you’re really missing out on something great. There’s even a wiki page for it.

The original flash where the series got its name from: There She Is!!! Step 1

Nabi delivering a birthday cake for Doki: There She Is!!! Step 2 Cake Dance 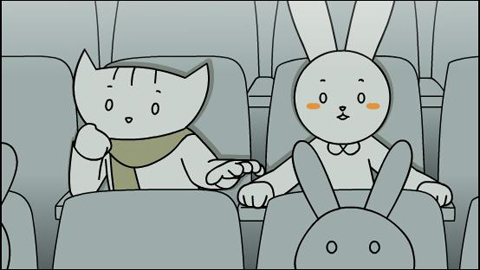 Step 4 should be out in 2 months and after that there will be a Final Step to end the story. I just hope there won’t be anymore delays like Step 3. And that Pokeball bit was pretty hilarious rofl!

**Update: There’s an alternate intro from Doki’s POV as she brings the huge present box and pompom to Nabi’s house. Just mouse over the cloud at the top right after the movie is loaded and you should see Doki popping out from there.