My Chronicle: Journey Through Anime III

Posted by Neko Kyou in Personal on September 26th, 2007 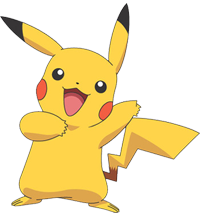 I was first exposed to Pokemon when my mom bought a set of 10 VCD of the series from Singapore in 1998. Before that I was totally clueless to what Pokemon was. I just took out the CD and put it into the player with absolutely no expectations.

I remembered that I was totally hooked by the 3rd or 4th episode. From there on, I nagged my mom to buy more whenever she went to Singapore. This went on until the Orange League arc began. I can’t remember for what reason, but my mom suddenly stopped buying and I stopped watching. The reason could be because another anime had caught my attention at that time, which I will talk about after this.

During the Johto league season, the episodes were starting to become available locally and I started watching again, but that didn’t last long as well. The shops I went to never have the episodes I wanted, almost never restocks, and it was difficult for me to go around to other shops looking for it. So once again, I gave up watching the series. On the other hand, I kept up with all the movies and major events in the storyline, at least.

A few months ago when I bought my Nintendo DS, I started playing Pokemon Pearl (my first game on the DS). When I learned that a new Pokemon 10th season (Diamond and Pearl) was recently released, I started watching again although at a slower pace.

I was first exposed to Pokemon about 8 years ago, and I’m still watching it now. Unless they really screwed up the anime, chances are I would continue to watch it for a long time to come. 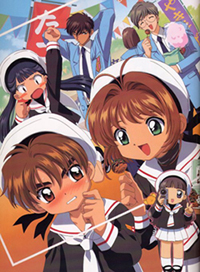 Cardcaptor Sakura started showing on a local TV channel in 1999. I remember disliking it at first but after watching a few episodes from season 3 I began to find it rather interesting.

Luckily for me, the station re-ran the series from the first season after it ended. This time around, I never missed a single episode. If I were to name any series that got me truly started to liking anime, it would have to be Cardcaptor Sakura. Because of that, it easily became my favourite and continues to stay that way even now.

Because of Cardcaptor Sakura, I waited impatiently for Tsubasa Reservoir Chronicle, and from there I got to reading and watching many other of CLAMP’s work, many which became a favourite as well.

Cardcaptor Sakura was the first full anime collection I had (season 1-3, movies 1 & 2, 12 volumes of manga) and they seldom collect any dust since I still go through them quite frequently.

A magical girl series that revolves around Kinomoto Sakura, the chosen successor of the Clow Cards. Each episode shows Sakura finding or later on when she had collected them all, converting the Clow Cards to Sakura Cards. Although a mastermind exist behind most of the events, there really isn’t any villain. Despite that, it’s still very entertaining to see Sakura catching all the mischievous Clow Cards that she accidentally released and using them to battle strange happenings when Eriol arrived. 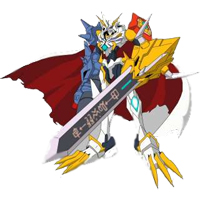 I didn’t like Digimon at first because it sounded looked a lot like Pokemon at first. But I did catch it on TV whenever I had nothing better to do.

It wasn’t until around the middle of the first season, the arc where Hikari appeared, that I began to pay more attention to this series. Strangely enough, I also found out that many people started to become fans because of Hikari.

Unlike Pokemon, Digimon is *cough*serious*cough* business. The world is constantly in danger due to the threats posed by some evil Digimon (except maybe Savers, but there were still those who wanted to destroy the human world anyway) and its up to a few selected children (again, Savers is an exception here) with their Digimon partners to save both the human world and the digital world from certain doom.

The process repeats itself every season and it does gets a bit boring, but I still enjoy the original 2 series (Adventure and 02) and Savers as well.

The next part could be the last in this series. Around that time I started to watch many other anime on satellite TV and it became quite impossible to keep track of all of them. The next few would be the ones I could still remember that pushed me to become the anime fan I am today.

4 Comments to “My Chronicle: Journey Through Anime III”