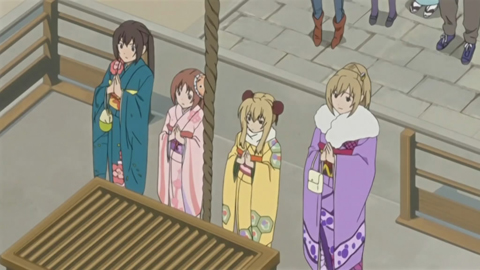 asread’s attempt to fix the damage they did with Okawari and replicate Doumu’s character design in Minami-ke is fail. It’s sad that asread is the ones doing the third season. Minami-ke was one of the best anime in 2007 under Doumu but quickly got trashed and tossed aside by many once asread took over.

At first glance the character design looked like a huge improvement over Okawari but the poor animation and actually made it worse. The good news is, no creepy black figures running around in the background and hopefully they’ll keep it that way. I found the colours used this time around, although still lacking, is much more agreeable. 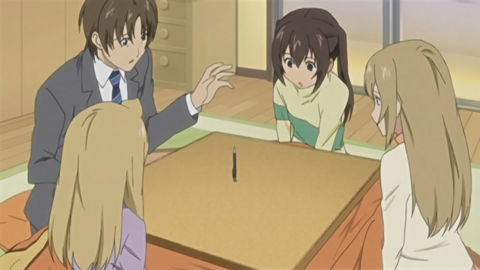 The story is only so-so. It’s really not that much different from an episode of Okawari but it is slightly more entertaining. Takeru’s amazing trick with his pen was quite funny despite what I had read or heard.

Okaeri might not be as amazing as the original season, but it does look set to be a lot better than Okawari. You might want to give it a chance if you’ve been avoiding it but I’ll probably watch everything anyway.