Posted by Neko Kyou in Clannad on December 5th, 2007

Until the Very End of the Dream 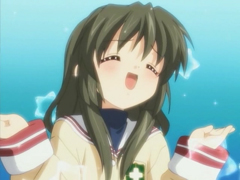 When I said before that the scene near the end of Clannad episode 7 was the most emotional scene ever in the series, I was wrong. This entire episode could easily beat the crap out of that one scene. 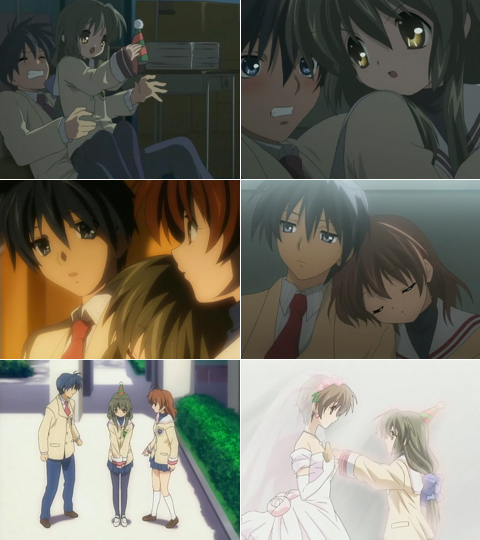 Tomoya and Nagisa instantly forgot all about Fuko overnight even though their feelings were still strong just the night before. My initial thought was that Fuko had disappeared, but it turned out that they had forgotten about her instead. Kinda had a stabbed feeling when Tomoya made it clear that he had completely forgotten about Fuko.

While they didn’t show much feelings when they first woke up, it bugged them enough that they kept looking for clues. But honestly, I’ve forgotten all about the theater club until they mentioned it again when they woke up.

Koumura sensei might actually know something since he managed to give a clue big enough for them to recall Fuko, who suddenly reappeared in between them. From despair I felt some hope with this, that maybe, just maybe Fuko’s arc would end in a positive way (i.e. her waking up).

But she didn’t and everyone completely forgot about her again. It’s not so bad, though, since it was rather open ended. There might still be hope for her yet 😀 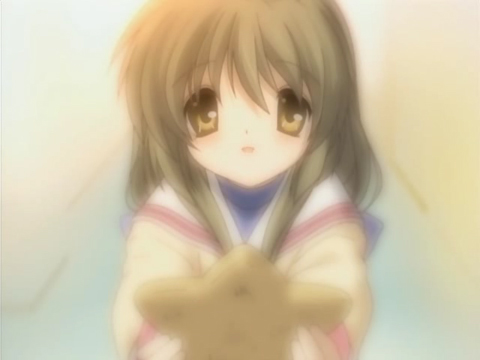 I want a starfish too…

I actually disliked this arc at the beginning, but without realizing it, Fuko had been the one that truly pulled me into the series and I’m glad to have watched it.

This episode gets the highest rating I’ve ever given so far. At least… I think it is…