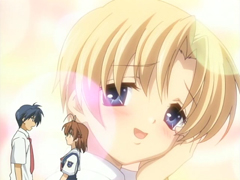 Nagisa needs to be more firm (in more ways than one *grins*). Fuko needs to stop appearing for no reason. It was fun and reassuring when she first re-appeared, but she really needs to stop doing that once every few episodes. 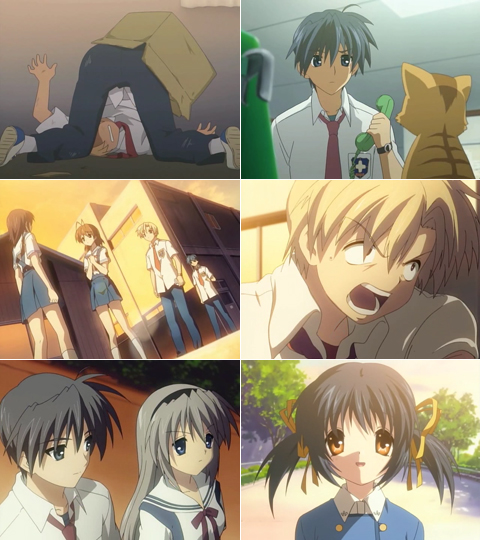 I’m quite confused with what this episode is trying to achieve really. There’s just so much stuff going on all at once. At one point, it seemed as if we’ll get into Nagisa’s arc, then Sunohara started to have a somewhat significant role (not to mention his sister who suddenly appeared) and then there were hints of growing relationship between Tomoya and Tomoyo. Not to mention Kyou’s hint when Tomoya mentioned that he’s not dating anyone.

It could be KyoAni just hinting of things to come, although why they would waste an entire episode is beyond me. Unless of course, the series is planned to be longer than originally anticipated by most people.

It’s amazing how Tomoya can come up with lies after lies after lies on the spot with a straight face… I wonder if I can get some lessons from him. It would be a great skill to have 😀 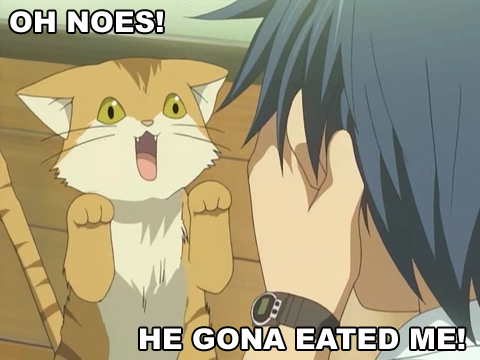