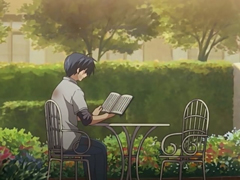 I’ll have to admit, Kotomi’s arc was rather disappointing. Don’t get me wrong, it’s really good and very well executed, but it still pales in comparison with Fuko’s arc.

The buildup wasn’t as strong and solid, and while we do get more of Kyou, she never really did anything much and Nagisa was pretty much neglected the whole time. The whole arc was almost purely Tomoya – Kotomi only, with exceptions to the arc’s first episode.

It lacked the warmth and the strong emotions portrayed back in Fuko’s arc that had many ended up with a tear or two during the journey itself and turned Clannad into a sob-fest at the end. 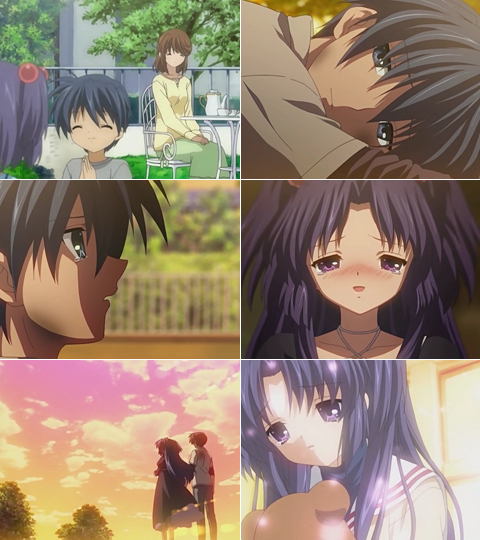 At least now we know why Tomoya never made it for Kotomi’s birthday until after she set the envelope on fire. What really amazes me is how the suitcase containing Kotomi’s birthday present had survived all these years and had been passed along so many people across the globe.

They had only signed the letter with their initials, so other than the clue that the person the suitcase was meant for is Japanese, how had they managed to have the suitcase sent to the correct lab? Or rather, why hadn’t the people who had been playing “passing parcel” handed the suitcase to the authority? Surely they would have done a better, speedier job at locating Kotomi?

And for some strange reason I was convinced that Kotomi would suddenly disappear into thin air and later on revealed to be yet another spirit like Fuko. Must have been those fluffy looking light… things…

And while the message to pass the teddy bear along spoken in different languages sounded rather butchered (its good to be an Asian, you’re more likely to able to understand more languages 😀 ) I think KyoAni deserves to be praised for being able to pull it off in the first place.

I had expected the next episode to be the starting of either Kyou or Tomoyo’s arc, but looks like it would be something different altogether. 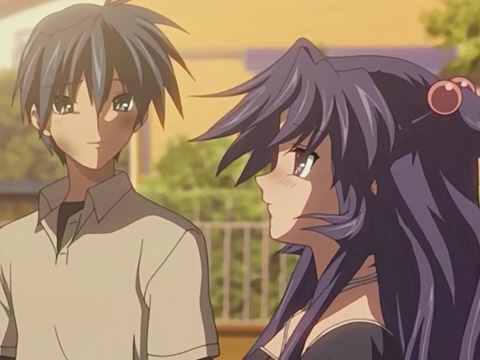