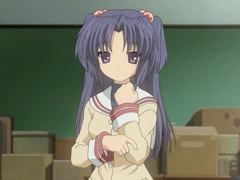 The episode started off decently enough, but it’s too bad Kotomi had to return the violin so fast. I would have loved to see more mass destruction from Kotomi’s melody of death. And I think I’m liking Kyou more and more XD 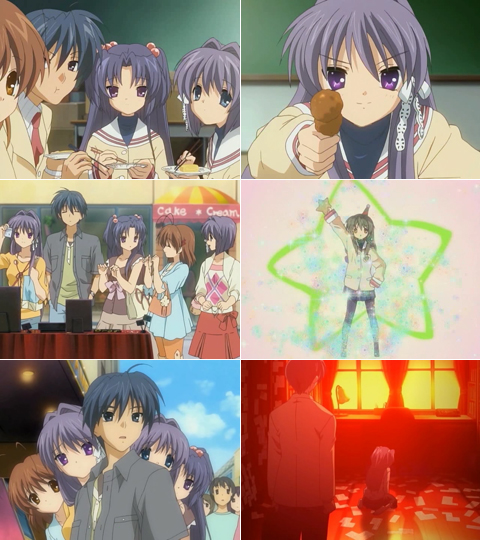 Fuko making a cameo appearance was not only funny and unexpected, it also immediately gave hope that she will awaken before Clannad ends and everyone would be together with their starfish loving loli once again. I do have to admit that the scene felt really weird since it came out of nowhere but I don’t think it caused any real problems. The good outweighed the bad and that’s all that matters, isn’t it?

Kotomi’s problem finally surfaced as she went all emo at the scene of a road accident even though there were no casualties. After a little nosing around, Tomoya realized that he knew Kotomi back when they were kids and its dejavu all over again. This is getting to be an overused plot IMO. Even though I never did complete the series, it does feel like Kanon all over again.

The talk about the “hidden world” made me wonder. Could it be the world with the tin can robot and the mysterious girl that sometimes appear at the start of the episode before the focus shifts to main story? If so, then are any of them anyhow related to Tomoya? Makes me kinda wish I have the game right now. 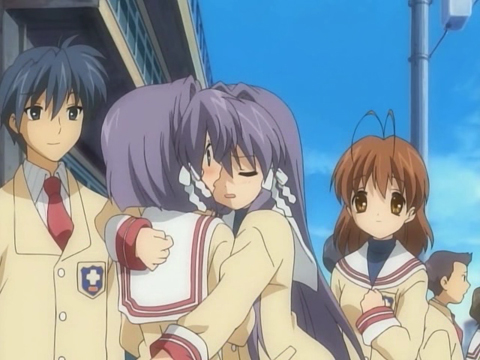 Kyou enjoyed sexually harassing Kotomi so much, she decided to try it on Ryou… 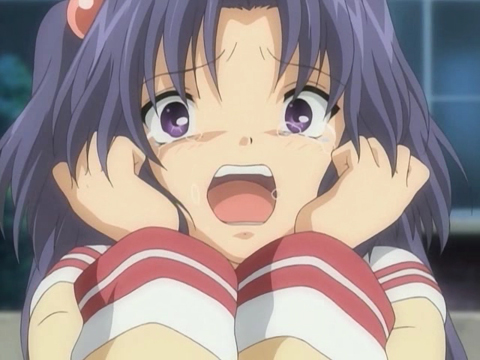 This is one of Clannad’s weaker episode if you asked me, but the next episode promises to be a very good one and from what I know, it would also end Kotomi’s rather short arc.