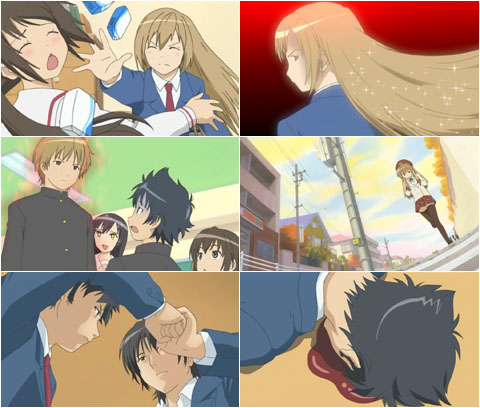 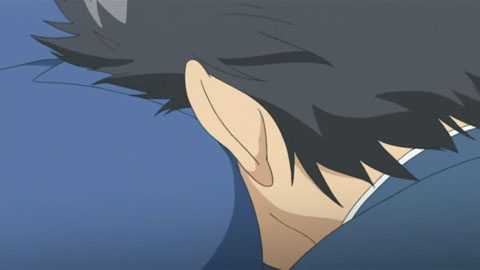 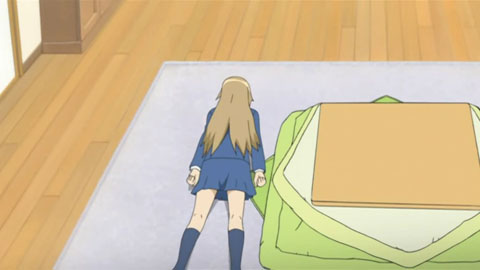 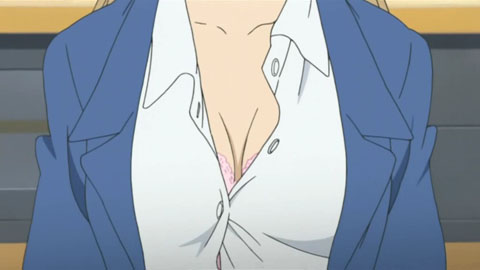 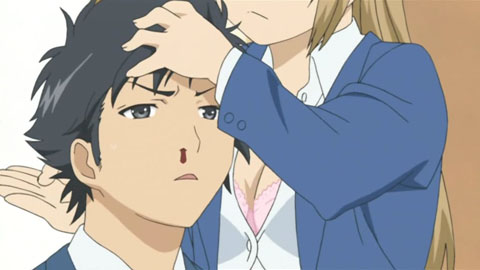 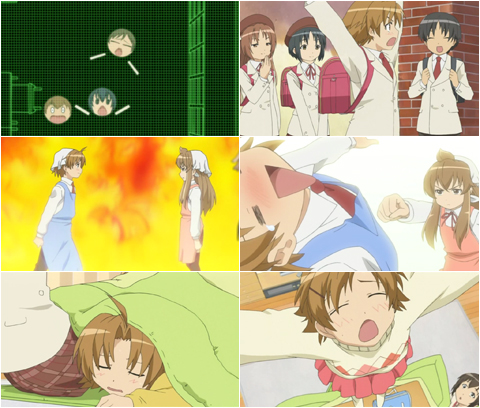 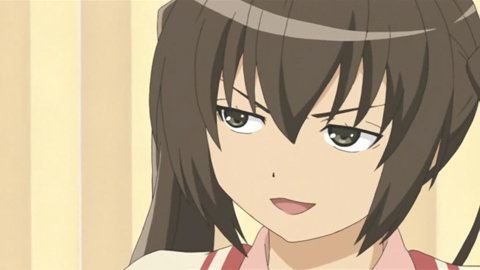 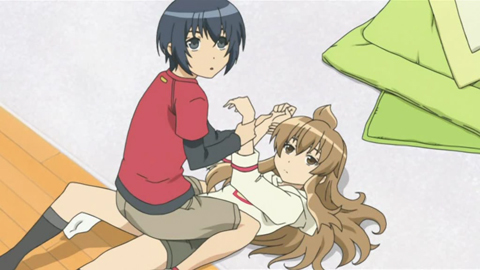 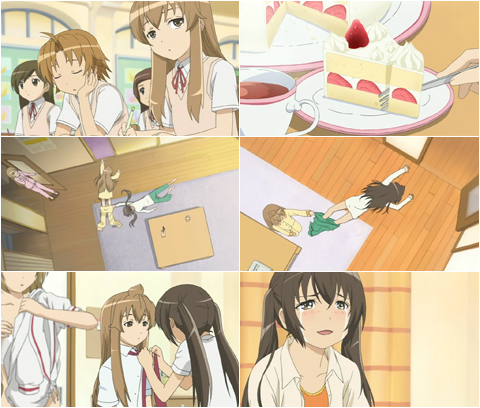 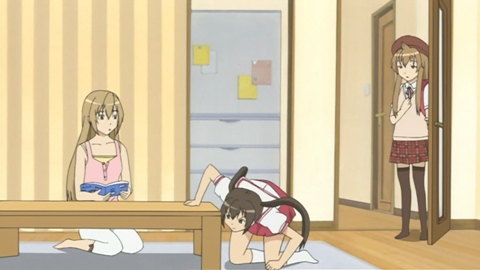 Posted by Neko Kyou in Minami-ke on December 2nd, 2007

I didn’t really like this episode, but mostly because I feel the same way about Hosaka as Maki does. I just can’t stand him, especially his crazy fantasies. He’s funny in small doses, but any more is just plain annoying. 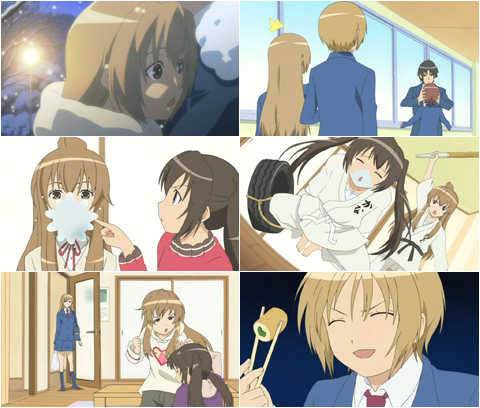 At least Hayami was able to balance out some of Hosaka’s annoying personality and keep things somewhat funny like when she found out the lunch box she was eating was prepared by Hosaka himself.

Someone should set Kana loose on him, but maybe not even she would be a match against this bakayaro. But seriously, hasn’t Kana figured out that Chiaki-sama looks down on everyone (except Haruka), and especially her? Oh well, no wonder Kana is a 100% certified idiot by Chiaki-sama.

The only part I enjoyed in this episode is during the bubblegum segment. It took me a while before I managed to learn how to blow a bubble too last time, and there were a couple of instances when my gum flew out like Kana lol 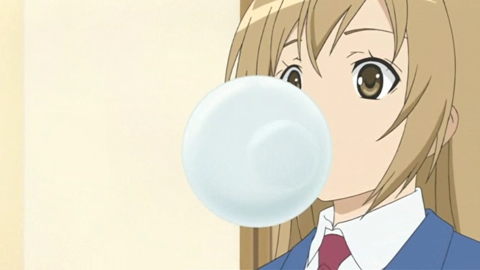 Haruka’s Godly Technique – Blowing a bubble within a bubble

And is it even possible to do that? o.O 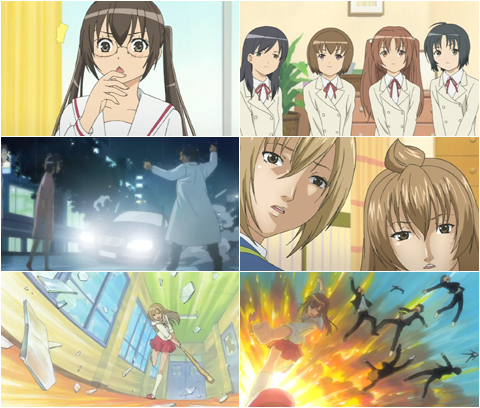 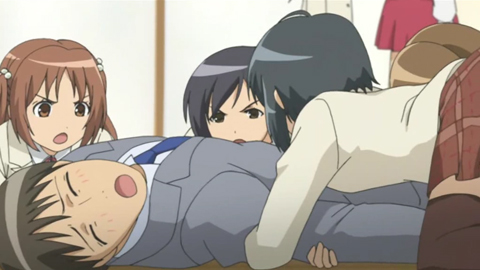