I’ve finally updated my WordPress from a very ancient version 2.2 to the latest 2.7.1.

At first I didn’t plan to update it simply because the last time I updated a blog from 2.3 to 2.6 a lot of problems appeared and it took me a couple of days to get it all sorted out. But I had to update due to some security problems – my webserver was hacked and a lot of weird files started popping up and WordPress php files were suddenly filled with unknown codes.

So me and Dyna took the last few days to clean up everything in the server and took the opportunity to update both our blogs. Thankfully, it went a lot smoother than I thought and the bugs I experienced were apparently fixed with 2.7.

Everything seems to be working fine now, but let me know if you find any problems anywhere on the blog. And it’s a good thing I actually like 2.7, as I thought 2.6 was just horrible 😛

If you’re planning to go to DaiCon, you can start booking your tickets online now.

AWSM tickets are sold at RM250 each with the following privileges:

Elite tickets are sold at RM150 each:

I finally put my twitter account to use after having it for so long. It’s going to be mostly used for tweeting quick thoughts and impressions on anime episodes so I don’t have to blog about them and since it’s so much easier to tweet, I can do it more frequently!

A Twitter widget has also been added to the sidebar so you can easily see all the latest tweets when you load any page here. But of course, the easiest way to keep up is by following me on Twitter.

Even though Twitter has already been around for quite a long time, it’s only my first time to really use it so there are still a lot of things I don’t really know about it. If you have any tips for using Twitter, please share it with me 😀

8 Must Watch Anime for Spring 09

Following through my post on the most promising spring series this year, it’s time to re-evaluate that list. It’s already about a month into the season so I’ve managed to catch all the series I wanted to.

Some were not as good as I originally thought, while some proved to get better as the episodes roll out.

Here are the best 8 this season in no particular order… 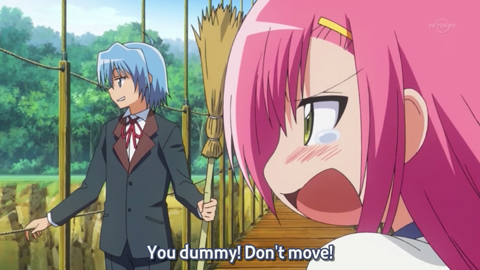 Season 2 is beginning to look a lot better than the first and that’s really saying something since the first season is regarded as one of the best anime in the past couple of years. And the OAV suddenly made more sense after watching the first few episodes of the second season.

The debt-ridden butler continues to attract more new suitors while getting into even more trouble. Even Maria was tempted to give him some Valentines chocolate, which ended in some unexpected and really brutal chocolate destruction from the usually kind and gentle Maria. 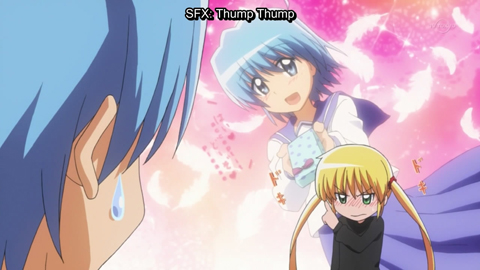 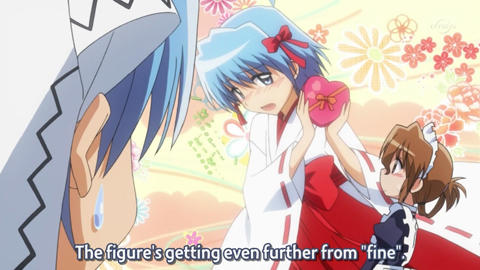 And Hayate in female a girl’s seifuku and miko costume = priceless and always more than welcomed! (crap, did I say that out loud?) 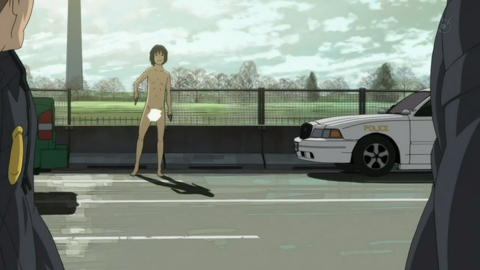 Excellent in almost every angle – story telling, character design, animation, pacing, you name it, although I don’t really find the soundtrack to be that good. And for once they actually had proper seiyuus who could speak English to actually speak it! *gasp* 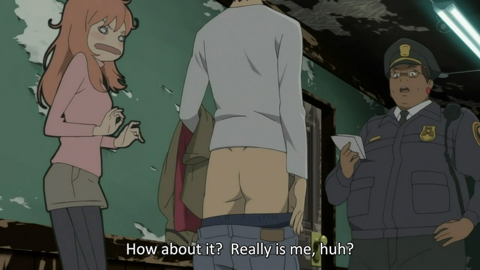 The first episode took off interestingly with Morita Akira running around naked and flashing his “Johnny” everywhere. He is certainly the most enigmatic character to show up in an anime for quite some time. The more we find out about Akira, the more mysterious he becomes.

Why did he chose to wipe out his own memory?

Why was he standing naked with a gun in front of the White House?

What are the Selecao and who is the Supporter?

The more answers Akira finds, the more questions he starts to have. So many questions and the episodes aren’t coming out fast enough. Eden of the East will easily be one of the best shows this year if it keeps up the momentum. 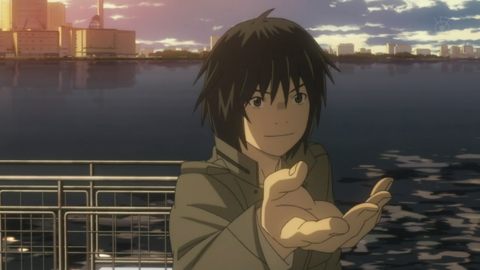 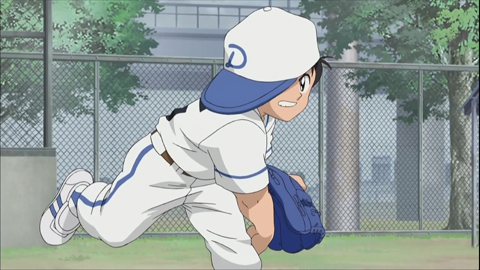 Besides Eden of the East, Cross Game is one of the most well crafted show this season. The first episode captivating to say the least, at the same time it was quite cruel. I say cruel, because I really thought the story was cruel. Not cruel in an evil, bloodstained kind of way but on an emotional level. 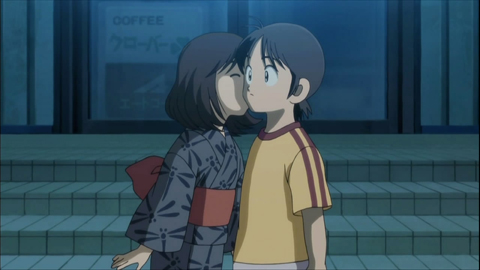 A nice build up between the relation of the main character and his love interest that was suddenly and unexpectedly pulled to a halt.

You seldom feel sad when a character dies off in the first episode. There’s just too little time to build up a strong enough emotion to actually do that. Cross Game did more than that with actually leaving a hole in your heart and the feeling that something really important has suddenly gone missing.

I call that top-notched story telling. 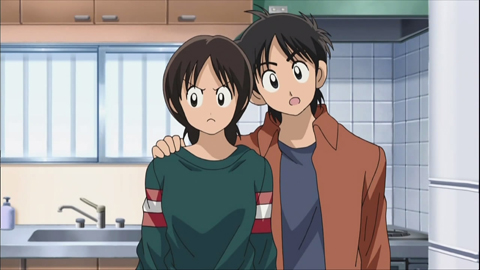 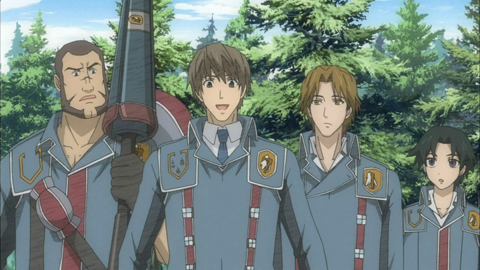 I really was planning to buy the game only after I’ve finished playing a few other games, but after watching the anime, I decided to buy it now rather than later.The animation style still takes a bit to get used to, but there’s a certain elegance in it. From screenshots of the game, it looks like the style is actually taken from the game itself. 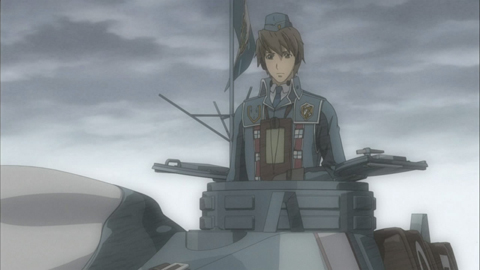 Welkin is still very much a mystery and no one can really tell what he’s really thinking. He looks naive at first glance and while he does act weird, he’s always able to think about things calmly and logically when it counts – even though some of his thoughts and actions are based on whims. But that’s what makes him such an interesting character.

There are few game-based anime that are good or memorable, and even though it might be too early to say this,Valkyria Chronicles looks set to be one of the best adaptations in recent years. 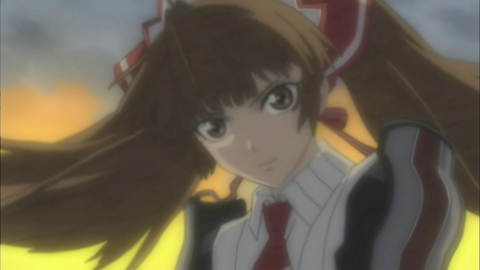 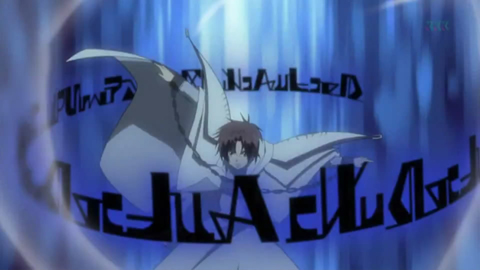 The first thing that caught my eye in 07-Ghost is how well the character designs were.

It’s really interesting how the story started off with Teito being in a military academy where students are able to use some sort of ability that manifests some sort of runic words and use it as a weapon against enemies. 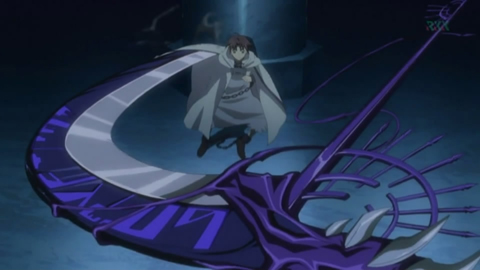 But the setting quickly changed and Teito found himself in the care of a church said to be protected by the 7 ghosts. What exactly are the 7 ghosts are still kept hidden but I can only guess that the 3 bishops are very closely related to them. They might even be the ghosts themselves in human form.

07-Ghost keeps coming up with new questions as well but it seems that everyone involved in it knows whats going on except Teito.

The only thing I really hate about 07-Ghost is Ayanami. He’s most likely to be the final villain, so I’m just counting the episodes until Teito totally tears him apart for all that he’s done. 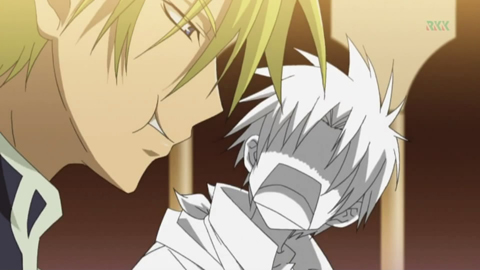 What a scary place, it even managed to turn the no-nonsense Teito into comic relief… 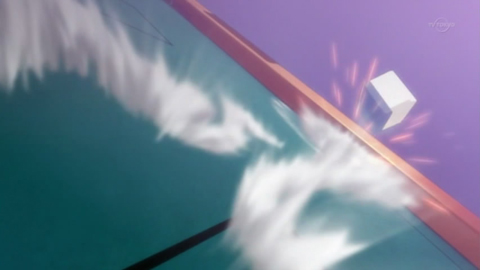 Non-mahjong fan who skipped this should give this a try. It’s a fun series thats really entertaining even if you don’t really understand everything that’s happening on the mahjong table.Trust me on this, I play mahjong a little myself and I can barely understand the wa they play. My only conclusion is that Japanese mahjong uses a very different scoring system compared to the rest of the world. Even so, it’s still fun to watch. 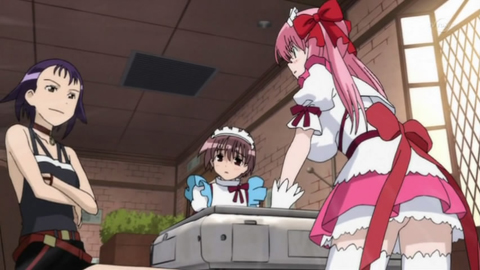 The anime is beginning to take a slightly different path than the first volume of the manga I’ve read, but that might not be a bad thing. That’s not really a bad thing, considering the anime appears to be trying to get the series to move forward faster to the good part – the mahjong tournament. 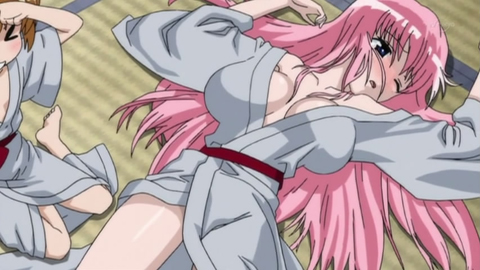 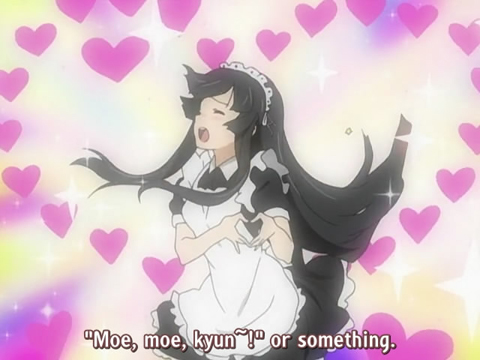 One word: Mio.She has swept the guys off their feet and instantly became the new darling of otaku-dom. She is Tsukasa with a brain and will be one of the toughest competitor in the upcoming Saimoe.

K-ON has a cast of likable characters, there’s the rich and well mannered Mugi (who apparently has a thing for yuri), the energetic little devil Ritsu, the complete airhead Yui and the moe moe kyun~ Mio.

K-ON is without a doubt a great show, but I have a feeling that its popularity shot up mostly thanks to Mio. That’s not a bad thing really, since it just gives more exposure to the series. 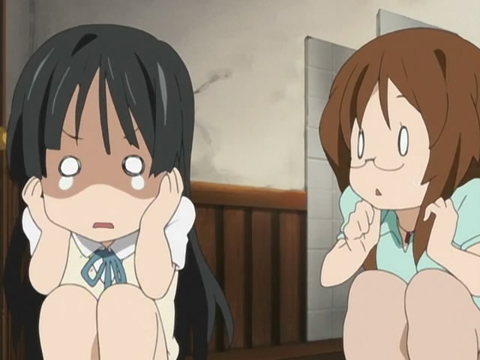 I really was expecting a lot more from K-ON in terms of the animation quality especially since KyoAni is behind it. It’s still good, but nowhere near the level of Lucky Star or Clannad. 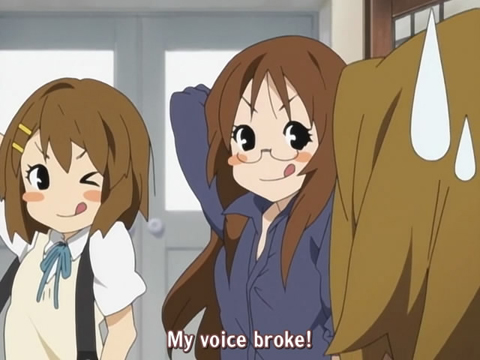 If anyone dies of moe overload this season, the culprit will be Mio. 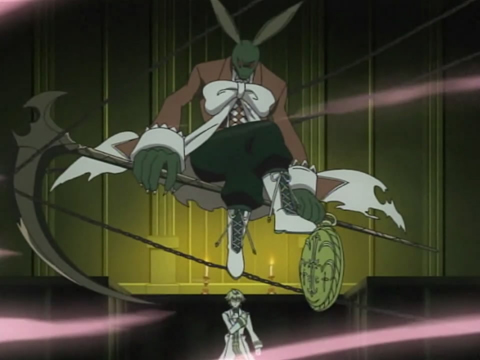 Scythes must be the “in” thing this season.

First episode was so-so, but had that certain attraction to it. True enough, each episode just gets better and better.I was afraid that the whole series might take place in the crappy abyss, simply because it would get boring real fast. But Oz managed to escape to the real world with the help of Alice. 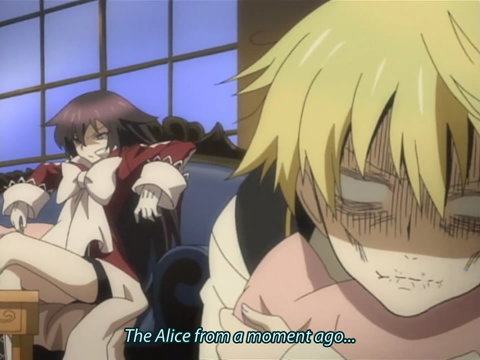 From Gil’s actions, I can guess that one of the Death Gods could be Oz’s father. I might pick up the manga once the anime is over if I can find it. Right now, I’m happy enough to watch the anime. 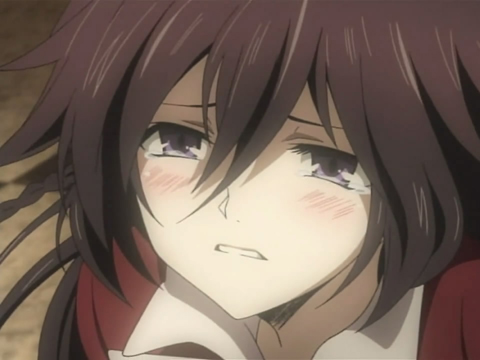 I think I’m in love with Alice…