This week we have –

There are possible (minor) spoilers if you havenï¿½t watched it yourself already so read at your own risk! 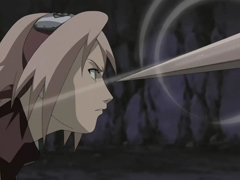 This episode was pretty boring. Nothing worth mentioning. Sakura and Chiyo-baa dancing to Sasori’s rhythm. Nuff’ said. 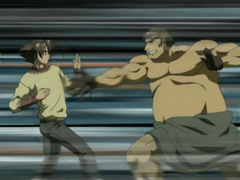 Kenichi finally decided to deal a pre-emptive strike on Ragnarok by directly challenging Thor, the 7th Fist. A decent episode, but it was unreal to see Kenichi throwing the giant out of the ring. Then again, this is Kenichi we’re talking about, so anything is possible. While Kenichi might think otherwise, I’m with the others in thinking that Thor is a bit nuts with his combat sumo ideals. I wouldn’t want to end up looking like him, that’s for sure! 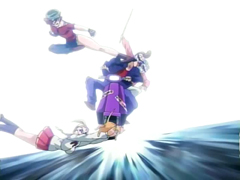 Very interesting episode with Kisara showing her other side and began to get close with Kenichi and Miu after saving a stray cat from being run over by a pair of gangsters on a bike. Kisara’s expression when she realized she had been discovered by Kenichi and Miu was just priceless. It also soon became obvious that Ragnarok will have one member less when the Freya, the 3rd Fist, sent her own troops of Valkyries to “take care” of Kisara under the suspect of betraying Ragnarok. 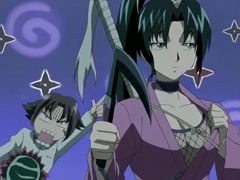 The first half of this episode felt slow, but that’s probably because I couldn’t wait to see Shigure appear and take on the girls from Freya. Freya made an appearance herself, but only for a minute or two before disappearing into thin air. During that time there were also a bit more into Kisara’s background, how she was part of Freya’s Valkyries and decided to leave and run her own group because she could not agree with using weapons to become stronger than men.

That’s nice and all, but the fun part began when Shigure finally shows up. Using only a rice spoon, she did this… 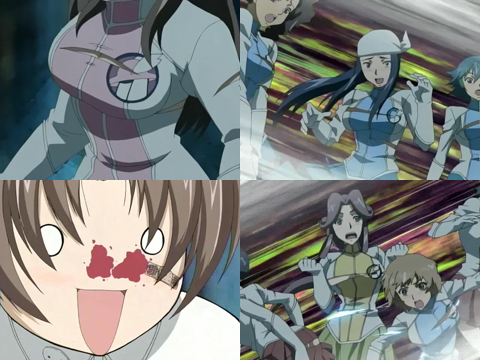 And oh, it was nice to finally know Shigure’s philosophy on weapon usage.