Posted by Neko Kyou in Weekly Review on September 16th, 2007 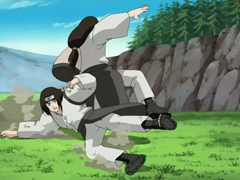 An entire episode of Team Gai vs Evil Twins madness. Nothing really exciting happens here. Even the way they finally figured out how to defeat their clones was… lame to say the least. No Naruto Shippuuden next week, but we’ll have a one-hour special the week after that. From the preview it seems like the rescue Gaara arc is coming to an end. 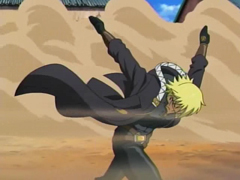 A showdown between my favourite former 6th Fist, Hermit and the 2nd Fist Berserker. When Kenichi heard that Berserker had taken out most of the Shinpaku Alliance, he charged at Berserker, but was interrupted by Hermit. He told Kenichi to stay out of his fight, and that Kenichi’s true opponent was the 1st Fist, Odin.

The battle between Hermit and Berserker was a battle between a true martial artist and a street fighter. Both had talents to begin with, but it was Hermit’s extra effort and dedication in his training that gave him the edge in the end. Although he struggled at first, Hermit totally owned the match towards the end. Berserker was no match at all against the former 6th Fist.

Odin is now the only Fist left and its finally time for the re-match between him and Kenichi.

Episode 20: How to Spend Summer

Konata starts off by going on about how you would never be able to get the figurines you want if you do not shake and weight the box and try to tell from there, and how professionals are able to find the rare cards and secret figures among the many boxes.

In school, Konata went on about how otaku guys prefers otaku girls especially on forums but you never hear about otaku girls preferring otaku guys.

At dinner a fly came buzzing around Konata which pissed her off. As she was complaining, her father mentioned about Miyamoto Musashi who had could catch flies with chopsticks. Konata’s reaction was that she feels sick that someone would actually do that with eating utensils. Strangely enough (or not), that was my exact thoughts when Soujirou said that lol!

After dinner it was the mosquitoes that came out to bug the Izumi family. Konata showed off her mosquito smacking skills which I’m sure is some reference to something… I have no idea what, though. Soujirou then demonstrated how you can trap a mosquito on your arm by clenching your arm muscles when a mosquito lands. And if you clench it even harder, the mosquito would explode. However, as Konata points out, he has already been bitten… So, there’s really no point to it is there. I wouldn’t even bother to try…

The Hiiragi twins visited Konata during the weekends and while Konata was playing a H-game as usual, Kagami started asking some questions such as why the main character is so unconditionally popular and why all the cute girls in the game are never attached. Now, wouldn’t we all like to know the answers to those…

Cousin Yui came over to visit Yutaka and every time she goes into Konata’s room she’s either playing games or reading manga. Yui commented that Konata never seems to do any studying but Konata tried to counter that by saying Yui always pops in whenever she is taking a break, which really just means that she takes a lot of breaks. Hm.. now that’s something I can easily relate to… happens to me at least a few times a week XD

Miyuki was spotted sighing to herself during one summer class that prompted Tsukasa to ask her what’s wrong. As usual, it had something to do with dentist appointments. How many times does this girl needs to go to see the dentist anyway!? Well.. maybe not that often, if she would stop running away at the last moment. Tsukasa mentions how parents usually gets too involved when you ask them for help in doing projects and they end up completing the whole thing for you. She even won a prize because of that and her dad was happy about it, although Kagami noted that parents would normally be angry about it.

OMG, Haruhi commercial! Is it just me or are her boobs bigger and bouncier in here? Hm…

Konata tells Kagami through the phone that she plans to start her homework early during the holidays instead of rushing everything when school is about to start. So she tells her that she’ll be coming over about once a week, starting tomorrow. Kagami should have seen that one coming.

After the first session with Konata and Tsukasa, Kagami went to Ayano’s place with Misao. Misao brought some ice-cream and told the others to choose first. Then she wondered why is it that you always end up wanting something that another person took. Misao mentioned how she was inspired to go for Tokyo U. after reading a manga (Love Hina?) but Kagami shot her dream down with no mercy.

The following gathering was at Konata’s place. Yutaka came into the room asking for some advice. Her friend from middle school had just got a boyfriend and was wondering what to get him for his birthday. I just couldn’t stop laughing at the expression the 3 older girls was making as Yutaka awaits for an answer in the awkward silence.

Konata found out that the festivals near the Hiiragi’s place was already over. Konata was upset because they didn’t tell her about it and Miyuki suggests that they all go to the festivals near her place. At the same time, Yutaka and her friends also happened to be planning to go to the very same festival as well.

The day of the festival came and as the 2 groups went about to meet up with their friends in the area, they finally realized that Miyuki’s neighbour was really Iwasaki and that Miyuki’s friend’s younger cousin was really Yutaka.

During the Lucky Channel segment, Akira seems happier than usual. Minoru is nowhere to be seen since he’s somewhere in Mt. Fuji’s forest and taking his place was Ono Daisuke, famous for his role as Koizumi Itsuki in Suzumiya Haruhi. The conversation about the dog and crow between Akira and Ono was a reference to Air, where both Ono Daisuke and Hiromi Konno (Akira’s seiyuu) had a part in.

Did anyone notice Char Aznable’s mask on the penguin in Konata’s room?