Posted by Neko Kyou in Rants, Thoughts on October 26th, 2007

A continuation from my previous post about the Japanese government submitting a request to the US government for the crackdown of illegal online anime downloads.

Several forums are already buzzing with people who are yet again debating on whether fansubs are hurting the anime industry. As usual, there are those who agree that fansubs actually promote anime outside Japan, and there are those that say that its killing the industry. I think I’ve made it quite clear that I belong to the former group.

There’s an interesting point that no one seem to have brought up ever. Perhaps it’s just my way of thinking, but as people, we are naturally protective of what we like. So it’s only natural that fans who download anime online would argue that it does have its benefits, despite the fact that we all know it’s still considered illegal.

What really amuses me sometimes is how some of “fans” can proudly claim that they would not pay a single cent for anime and that if they can’t download it for free, they won’t even bother watching it. Now, wouldn’t you agree that these group of people aren’t really fans after all? And if they aren’t fans in the first place, do their opinions really matter to the industry? 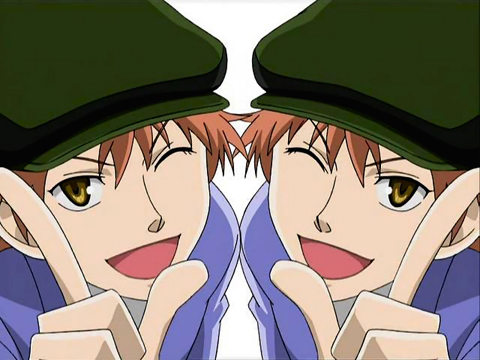 Are you ready? Then listen up!

Imagine this. (Should be easy since it happened and is still happening!).

A group of people knew absolutely nothing about anime were given a bunch for free and they watched some out of curiosity. Some of them totally disliked it, shoved the rest of it aside and never came back. The rest were intrigued and continued watching for free.

Let’s be conservative and say that a small number of the group became so interested in anime and they began actively seek out for more. Most are free, but some are paid – either in DVDs or other merchandises. This is, of course, one of the most common argument why fansubs helps the growth of anime.

But the majority decided that they would only go for the free ones and avoid having to pay for anything related to anime. They would rather abandon it than to fork out their cash. This is the most common argument that fansubs hurts the industry. 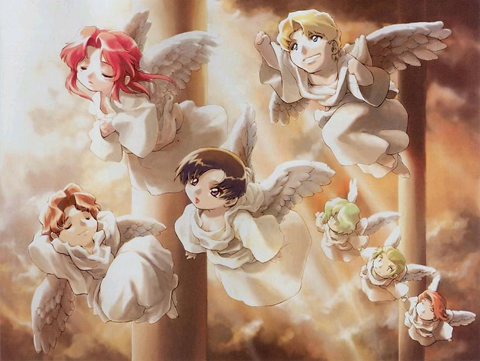 We’re going to a better place…

Anime as we know it might not have existed… 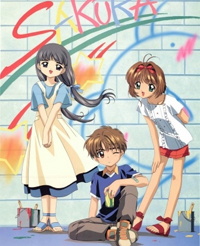 Sure, you’ve watched the occasional anime on the local TV channel that has been dubbed. But if fansubs didn’t exist, would you call it anime? I highly doubt it. We’ll call it is we see it – it’s a cartoon, plain and simple.

To the Japanese, anime simply means animation. To them, Mickey Mouse, Scooby-Doo and even the Flintstones are anime. We would be calling anime as cartoons if it weren’t for the influence of fansubs.

You may be asking, so what? Just because the term “anime” might not have existed doesn’t mean it would not grow into the phenomenon it is today, right? Actually, I believe the answer is no, that might have been the reason why anime caught on so fast. Why? Because it’s a type of branding.

When it comes down to it, Japanese animation is still cartoon. If someone said “cartoon”, the first thing you would probably think of is children’s animated show. Most people who watches cartoons are (I would estimate) 15 years old and below. On the flip side, many anime viewers are 15 and above. My point is, if anime were called cartoon, chances are you wouldn’t be watching it anymore (and I’m assuming many of you are 15 and above).

So if fansubs didn’t exist, the term anime might not have existed, therefore the number of fans would only be a fraction of what we have today.

Anime distributors like Viz and Odex would not exist.

Why do anime distributors exist? To serve the anime crowd. Why do anime crowd exist? Refer to previous hypothesis. Personally though, Odex shouldn’t exist 😛 It’s amusing how they are blaming fansubs for their bad business when it is fansubs which gave their business life in the first place. It’s pretty obvious why Odex isn’t doing well, but that’s not the topic here, at least not today.

Anime would not have been such a huge market.

Admittedly, fansubs might have caused drop in DVD sales. But majority of downloaders wouldn’t have given a hoot anyway even if they couldn’t download their weekly doses. There are also many fans who bought the DVD because they liked the fansubs. It’s not something that can easily be proven to be one or the other.

However, there is no denying that anime merchandise are doing well outside Japan because of the exposure from fansubs. Would you have bothered with that Haruhi poster or Mikuru figure in a maid uniform if you hadn’t caught The Melancholy of Suzumiya Haruhi on fansubs? I doubt it. 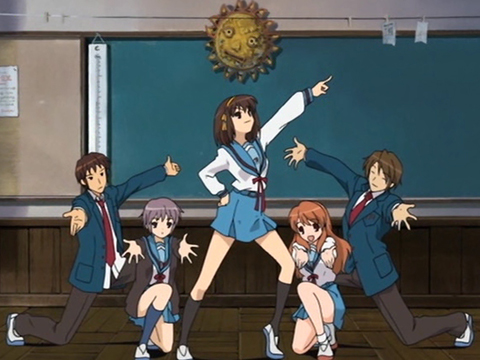 Would Haruhiism had spread if not for fansubs?

In fact, I would even go as far to say that you wouldn’t even go anywhere near the series if it weren’t for fansubs. Honestly, would you have paid good money to watch episode 2 if it weren’t free in the first place? (I would now of course, but not when I watched the first episode for the very first time). But the series became a huge phenomenon, thanks to fansubs.

Back to the 2 groups who had continued to watch anime. The first group was willing to spend on their favourite anime, either in the form of official DVDs or merchandise. The second group refused to spend a single cent on anime, since they can get it for free anyway. 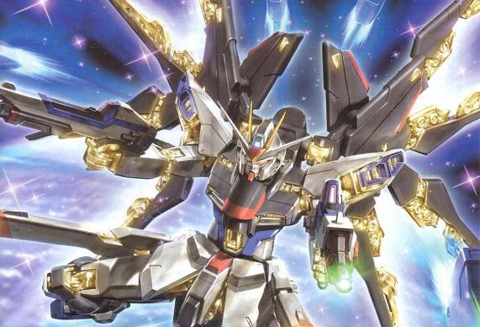 Give me all you’ve got, I dare ya!

Some would see that as losing money because thousands of people are watching anime outside Japan for free. They fail to see the other side of the coin. Think about it. Fansubs spread anime outside Japan (free promotion), anime gains better recognition (free branding) and many people started spending money on anime related products (extra profits). Then came along companies such as Viz to feed the hungry market that was created by fansubs (Yes, I know fansubs was not the first to spread anime outside Japan, but refer to hypothesis one again).

From where I stand, all these companies are actually leaving money on the table by chasing after copyright issues with online downloads. Fansubs works because its meant to serve the fans. Most anime distributors and license holders are trying to get the fans to serve them. I think that’s the wrong way to go about it, don’t you agree?

What should be done, then?

I personally think the best solution would be to set up some website that streams episodes like the day after they air in Japan subbed in English and translated by professional translators, for some monthly fee.

Of course, there will be people who will never pay for it ever, but if you got it faster, and at a higher quality, or a monthly subscription cost, I think you could get a lot of people to sign up for that.

I couldn’t agree more with Josh. That, I believe, is one of the best ways to prevent more illegal anime downloads. It’s even possible to create a win-win-win situation here. Anime distributors, fansub groups and anime fans can all benefit from this.

It’s quite obvious how distributors and fans can benefit from this arrangement, but you might be wondering about the fansub groups part. This has actually been suggested in forums quite frequently as well, that is having distributors with anime license to outsource their translating and subbing to fansub groups.

The anime distributors can get more work done cheaper, fansub groups gets to continue doing what they’ve always been doing (only now they are getting paid) and fans can continue to enjoy anime with quality video and quality sub.

While it will not completely stomp out illegal downloads, it does bring benefits to all those involved (and the magic word of $profits$ to respective companies). Isn’t that so much better than trying to chase down downloaders and creating a PR disaster?

Times change. The Internet changes how business is done. You can either fight against it and lag behind, or go with the flow and continue moving forward. It’s no longer the issue of legality alone, but also making use of what you’ve got. And we definitely have something really good going on here.

I do think that people need to move forward with the times. One example is music. For years they tried to stop people from downloading music. Now they are going with the flow. I believe people donâ€™t illegally download music much anymore in america because of Itunes and the like offering really cheap music downloads, and now there a bands who are offering their albums up for download from their site asking for a donation. 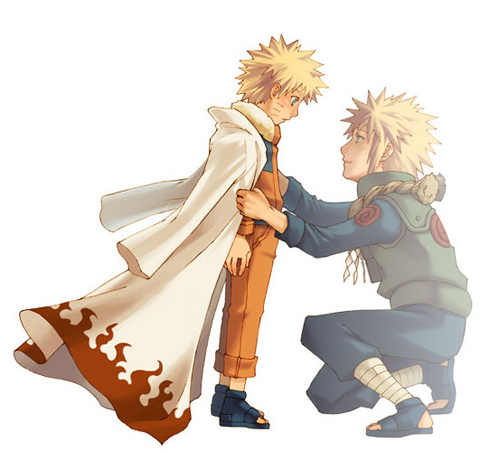 Do you think we’ll ever see anything like that being implemented in the future and finally put the issue to rest, or will we be debating about this for years to come with no new development whatsoever? Personally, I’m hoping for the best. It doesn’t look like things will be changing for the better anytime soon, but who knows 😛

Update 29th November 2008 – It seems that the industry is finally taking a step forward that we, as fans, have been calling out for years. Starting with GONZO who began streaming their latest anime for free earlier this year and very soon TV Tokyo will also be streaming Naruto Shippuuden online, along with Viz Media.