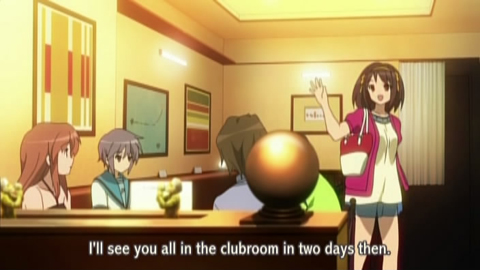 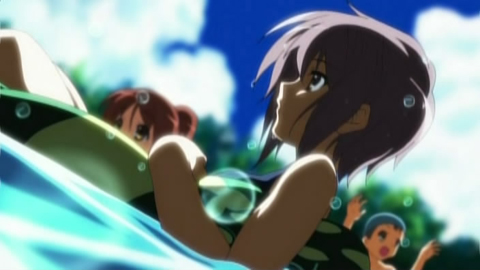 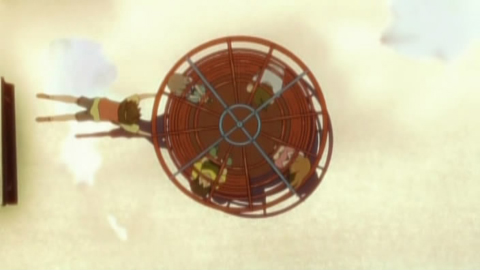 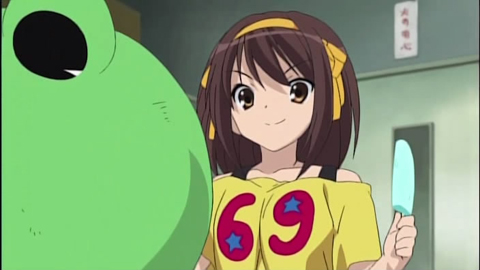 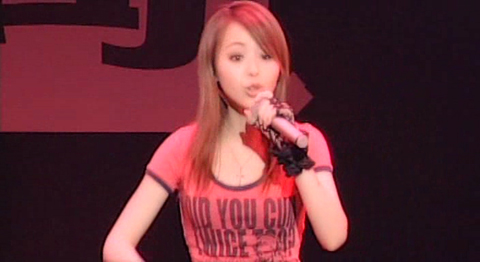 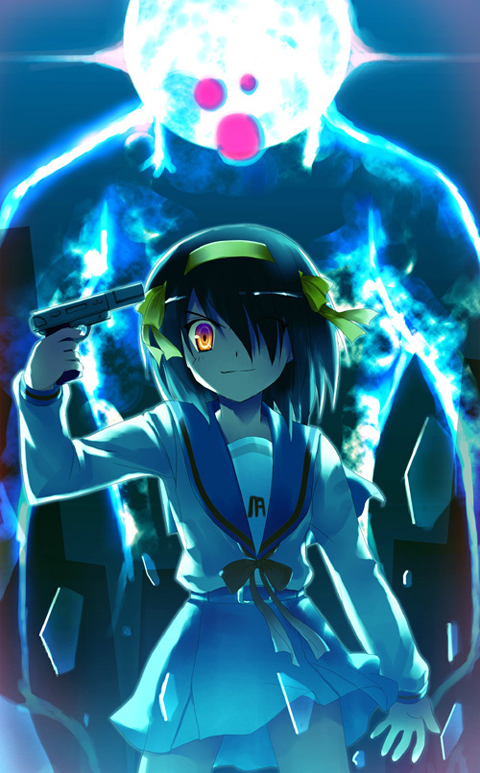 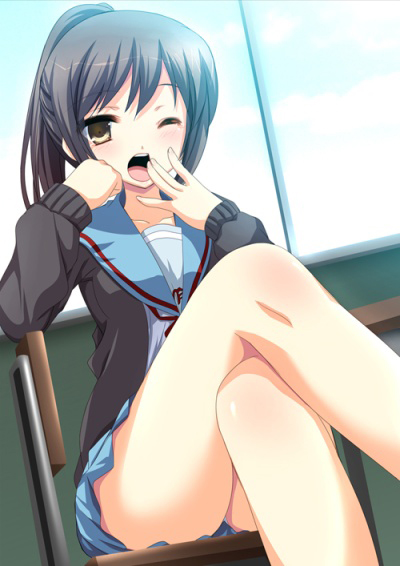 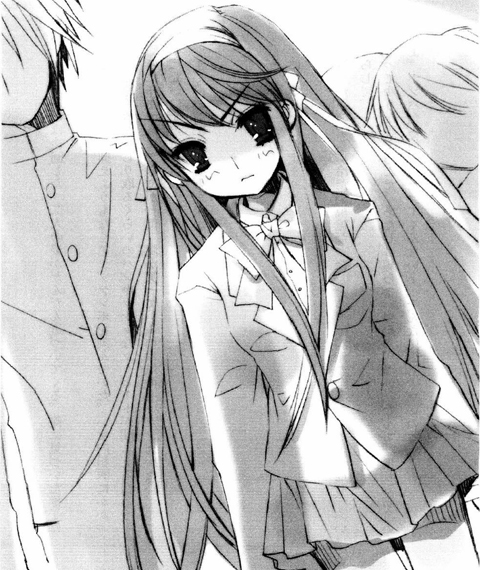 Who Made Haruhi God?

Posted by Neko Kyou in Suzumiya Haruhi on July 8th, 2007

True to the nature of Suzumiya Haruhi, there’s been quite a discussion over the 20+ minutes live action video that was released at http://haruhiism.com/ yesterday. Those “in the know” would argue that the teaser was excellent while everyone else would complain that they had just wasted their time on it.

The teaser shows the viewer (me and you) a live action sequence that took place 3 years ago, from the view of the various security cameras around the school Haruhi attended 3 years ago. Taniguchi mentioned in episode 2 that Haruhi admitted to drawing some huge pictograph with a chalk dispenser back in middle school. This is what the video is all about.

Let’s have a brief walkthrough of the video –

Haruhi appeared at the front gates of school, followed by a boy who was carrying another person on his back (presumably Kyon and Mikuru). They broke into the school compound and headed for the storage room and after throwing some equipments on the wagon, took off to the field. The footage for this next part takes up pretty much the rest of the video, as Kyon is seen to be “drawing” something on the field under Haruhi’s instruction.

Regardless of the reactions from fans, KyoAni really went through a lot of trouble to prepare such an elaborate video, on the actual day that the said event happened in the timeline of Suzumiya Haruhi.

Haruhi supposedly got her powers on 7th July 2007 (07/07/07), which was yesterday, when the video was released. So, as far as the story is concerned, the world as we know it might have just been created yesterday after a series of reincarnation by the mind of Suzumiya Haruhi.