Posted by Neko Kyou in Shakugan no Shana on November 12th, 2007

Night Before an Ordeal

While this episode is a huge improvement over the last few since it actually made some progress over the Fumina Konoe problem, I still think Yuuji should get whacked in the head.

Sure, he did try to think about the problem and wanted to ask Ogata to walk Konoe to school by herself. But in the end it was still Shana and Kazumi who truly patched things up. Other than just thinking about it, Yuuji did absolutely nothing!

Putting that aside, this has been the most interesting episode in the second season of Shana so far. Satou being mischievous and agreeing that it’s important to study for the surprise test the next day when he was just going on about neglecting it a few moments earlier made me lol. 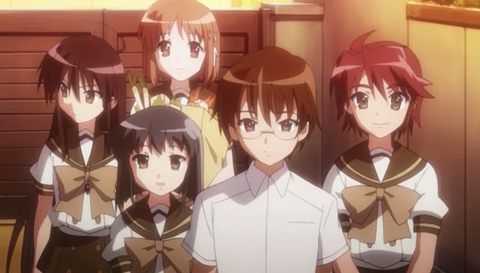 “All your girls are belong to me!”

The best part comes when the bottomless keg, Margery Daw, finally woke up and wandered into the kitchen looking for water. I initially thought Ogata recognized her since it was Margery that gave her the initial push forward to confessing to Tanaka back in the hot springs, but either it was too dark or the OAV didn’t count towards the main story since she didn’t remember her from then.

As usual, Margery Daw surprised everyone including Marco with her advice that would finally settle this excruciating love triangle fiasco concerning Konoe. Finally. 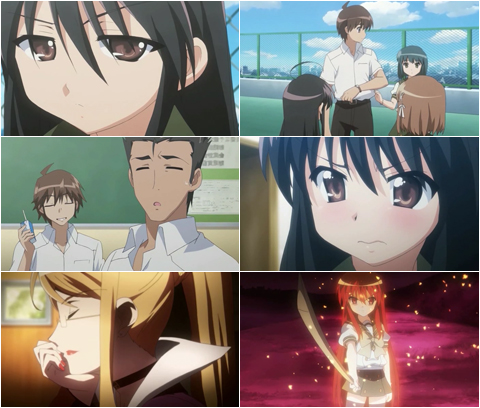 But wait, looks like this isn’t exactly the end of the love conflict yet. Just when I thought that we might actually get to see some real action, the preview for episode 7 reveals yet another relationship-centric episode. At least it’s not Yuuji this time. 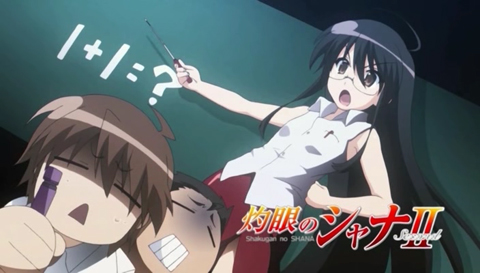