Posted by Neko Kyou in Reviews on October 5th, 2007

A collaboration work between Sunrise and CLAMP, I’ve been hearing nothing but good stuff about Code Geass. I only regret not watching this earlier. 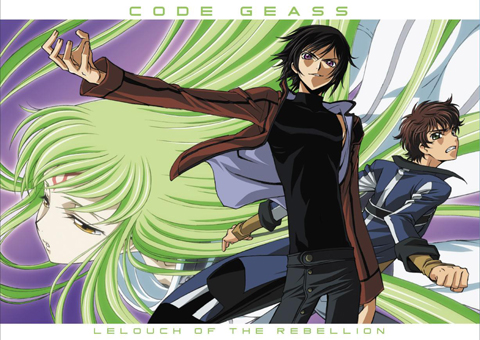 My initial thought after watching the first few episodes during my Code Geass marathon was that it looks like a Kira Yamato vs Light “Kira” Yagami anime. That, I like.

On one hand, we have Lelouch Lamperouge (real name: Lelouch Vi Britannia), the genius who holds the power of Geass that allows him to control others.

Not exactly evil, but he would do anything in order to obtain his goal, even sacrificing others to make himself look good. He does most of his dirty deeds while in his alter-ego, Zero, a highly charismatic and mysterious person who leads the Order of the Black Knights – the allies of Justice.

Lelouch’s motivation is to create a safe haven for his sister, Nunnally, who lost her sight due to trauma and to seek revenge for his murdered mother. His true target was his father, the Emperor of Britannia. 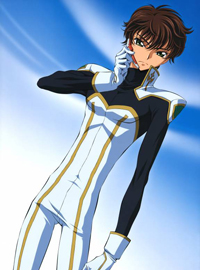 On the other hand, there is Kururugi Suzaku, the son of the last Prime Minister of Japan before Britannia invaded the country in order to capture the Sakuradite (a very precious raw material) mine.

As an Honorary Britannian working in the military, he was given a chance to pilot the prototype unit for the 7th generation Knightmare Frame (read: Mecha), the Z-01 Lancelot.

Lancelot almost seemed to be built specifically for him, as test results showed that he had the highest compatibility with the Lancelot among all the candidates to pilot the Lancelot so far.

Being a member of the Britannia military, his main enemy is the leader of the Order of the Black Knights, Zero.

What makes this confrontation between Lelouch/Zero and Suzaku even more interesting is the fact that they are childhood friends. Suzaku was eventually transfered to the same high school as Lelouch and his friends. Best of friends in school, yet bitter enemies in the battlefield. This did not change even after Lelouch discovered who was piloting the annoying Lancelot that keeps disrupting his plans.

Plenty of action and suspense in Code Geass. Most of the episodes also ends in a cliffhanger, which would have probably killed me many times over if I didn’t complete the whole series in a marathon.

The battles between Knightmare Frames, especially when the Lancelot and Gawain is involved, are action packed and full of explosion. But not all the action and suspense are found in battles.

Lelouch/Zero is a great strategist and it really shows as he plans his moves a few step ahead of everyone else. The feeling of suspense here is quite similar to what I feel with Death Note.

Sounds a bit contradicting, but true. Zero’s plans almost never fails. Even when it does, he can quickly come out with a new one that would allow them victory, or at least a safe retreat.

However, even Zero slips out sometimes. And when he does, it will go to the worst possible outcome possible. And the worst thing happened when everyone thought it will end up alright.

Since the designs are done by CLAMP, there shouldn’t be any doubt that it’s top-notched. Sunrise took extra effort to ensure that the final designs and animation were done as closely as possible to the original designs by CLAMP. The result, gorgeous looking artwork and animation by Sunrise.

Quite unpredictable, especially when Zero is involved. No one can ever tell what he’s trying to do and he never reveals everything until the last minute. The way the story unfolds builds up the suspense and with answers, came more questions to carry the plot on.

There really isn’t any mercy or holding back. When they set out to kill, they kill, regardless of consequences. Reality can be harsh and Code Geass portrays that quite well.

I only really like FLOW’s Colors among all the OP and ED themes. The OST in overall is pretty good, especially during intense parts. I’m gonna need to get my hands on the entire OST XD

All in all, this is definitely one of the best anime I’ve watched in a while and I can’t wait for the new season. Things probably can’t get any worst for Lelouch and Suzaku, but I have a feeling that this is just the tip of the iceberg. 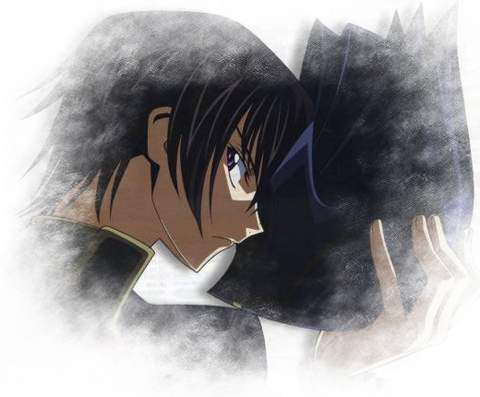 2 Comments to “Code Geass: Lelouch of the Rebellion Review”