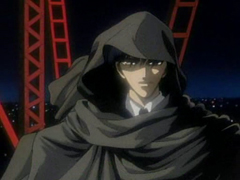 Probably CLAMP’s most violent work to date, there are plenty of gore and deaths in the series. The original manga series was put on hold due to the nature of the ending and the natural disasters that had hit Japan at the time.

This happens to be one of CLAMP’s work which I did not read or watch, partly due to the incompleteness of the original story. However, I’ve heard that the story is really great despite the level of blood and violence shown, especially in the manga version.

While the manga was put on hiatus and had not ended, the anime ended with its own conclusion of the series and only time will tell the accuracy of this ending compared to the manga version.

One of CLAMP’s funniest so far (it made top 10 in my list of funniest anime), Chobits became a quick hit, especially among the guys. Having such a cute and adorable Persocom like Chii is somewhat a dream come true. And there’s loads of panty jokes too.

Chobits share the same world as Angelic Layer. Set a few years after the end of Angelic Layer, Mihara Ichiro used the technology he had used to create Angels to come up with something much larger, Persocoms. Minoru’s older sister appears to be Kaede from Angelic Layer as well, the user of Blanche.

Hideki’s perverted yet innocent ways along with Chii’s naivety makes an excellent duo in this series. The fact that Hideki was a farm boy made it even more hilarious as he is clueless about city life and high-tech gadgets such as Persocoms, often making an idiot of himself in public.

While wishing to own a Persocom, he stumbled upon one which was left near a lamp post along with other thrown out rubbish. Elated with his good luck, he managed to bring the thrown out Persocom home after much effort and spent a lot of time trying to figure out how to activate it.

When he finally managed to do so, he realized that the only thing the Persocom could say was “Chii”, and he decided to call her just that. Since Chii’s memory were lost (or rather, dropped…) Hideki had to teach Chii from the very beginning, including speech. This makes up a major part of the story in the first half of Chobits. The 2nd half of the story revolves around Chii’s mysterious past, who strangely resembles the legendary Chobits 01.

Hideki began to pick up clues scattered around regarding Chii’s true identity and finally managed to discover the hidden truth behind the Chobits legend.

Overall a great anime to watch. Interesting and funny plot, it’s quite engaging and anyone who likes anime would probably end up liking Chobits as well.

The final part of CLAMP Chronicle, featuring 2 of CLAMP’s current works which are still on-going, one of which inspired the title of this article series…