The Bridge of Heaven and Earth 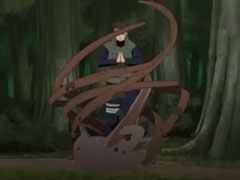 First of all, I think this week episode is better than the previous week. Why? Because we got to see Orochimaru! Yeah. That means, we are getting closer to see Sasuke. Unfortunately, we wonâ€™t be seeing him in this episode. Nevertheless, we know that the time will come soon!

In this episode, Team Kakashi (minus Kakashi) is going to put their simulation preparation to the test. Captain Yamato turns himself into Sasori while the others hide in the bushes where they are undetectable. I like the part when Yamato tries to adjust his voice tone to match Sasoriâ€™s. Come to think of it, even Sasori needed to maintain the fake tone when he was in the puppet. The time has come to meet with Sasoriâ€™s spy. To our surprise, the spy is Yakushi Kabuto! So, he was Sasoriâ€™s spy all along huh? 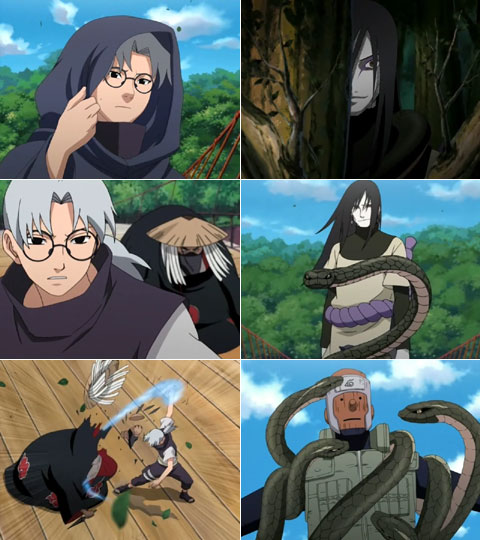 The conversation continues as Sasori/Yamato asks him about their hideout locations. Without anyoneâ€™s realization, Orohimaru is observing the whole scene. Without risking his cover, Yamato decides to take him on quickly. Suddenly, Orochimaru intervenes and Yakushi attacks Sasori. Apparently, Orochimaruâ€™s plan is to kill Sasori with Yakushiâ€™s help.

In the end, Team Kakashiâ€™s plan fails miserably. Looks like the team needs a plan B and they need it now! I hope they do have one (and have tested it) or Naruto may need to run away with his nine-tails between his legs. 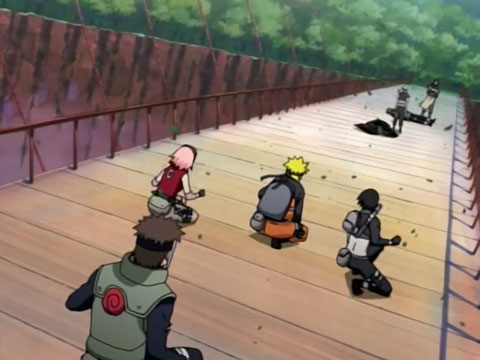