This episode is about the battles that team Kakashi are facing. Each opponent that they fight is very tough. For example, Yamato is fighting with Fudo whose skin is as hard as steel. Yamatoâ€™s wood element jutsu can barely hurt him. The only thing that Yamato can do is to trick Fudo that he manages to kill Yamato. As for Naruto, he fights with a woman who claims to have the kiss of death ability. However, Naruto is not making it easy for her to defeat him. Naruto uses his clone jutsu to make her life miserable. Nevertheless, the woman, Fuka, shows her true skills. She can use all five elemental jutsu! Naruto is overwhelmed by her spamming skills. 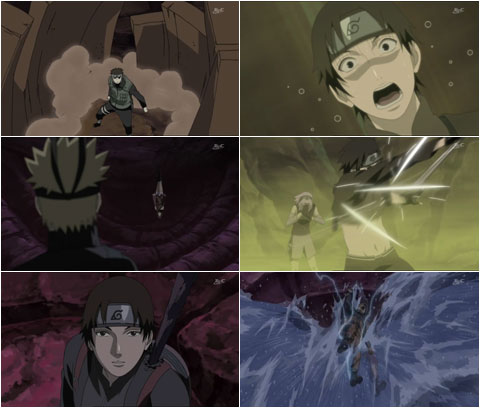 Sai, on the other hand, faces with Fuen. Fuen is the one who designed the maze. Thus, with a tracking device sticking on Saiâ€™s bag, Fuen can see Saiâ€™s movement on the map. However, Sai outsmarts him by using his clone jutsu too. After, Sai escapes from Fuen, he saves Sakura from the spider but he gets himself injured in the process. Sora, who decides not to help Sakura find Naruto, ends up confronting a man who is believed to be the leader for the grave robbers. Finally, at Konoha village, Danzo knows that he is being watched and wonders why they are doing this when the Tsunade has more important things to do. 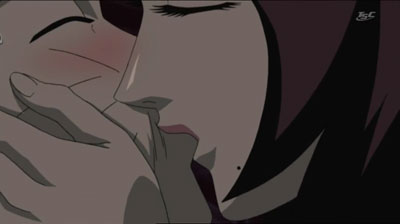