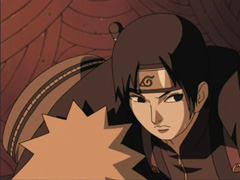 The mission continues for team Kakashi. The base infiltration is in progress but so far no Sasuke found. Apparently, Naruto is still hurt from using his Kyuubi. Because of that, he easily get exhausted running around the whole base. Sai realizes that after Naruto falls down. Therefore, he suggests that both of them take a rest for a while. 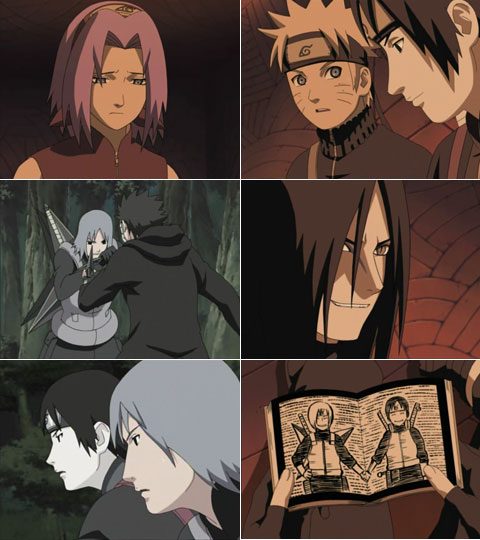 While resting, Sai tells Naruto about his brother. So this is an opportunity for revealing the character â€˜s background. This time, it is Saiâ€™s turn to have a flash back. We got to see Saiâ€™s brother and their relationship in the past. Well, Naruto is thankful that Sai is being more open to him and share his stories. Suddenly, Orochimaru appears and attacks them. Naruto tells Sai to go find Sasuke while Naruto stay behind and fight with the slithering ninja. So this is the round two fight between them in this season. Never fear though, Sakura and Yamato come to the rescue just in time.

Sai is alone now and Orochimaru changes his plan from dueling with the three to hunt down Sai. With Saiâ€™s rats, he manages to find Sasuke. There is a twist here. Sai still has a different agenda. Yamato finds another book in Saiâ€™s bag that is left behind. To our surprise, it is a bingo book and Sasuke is also Saiâ€™s target. 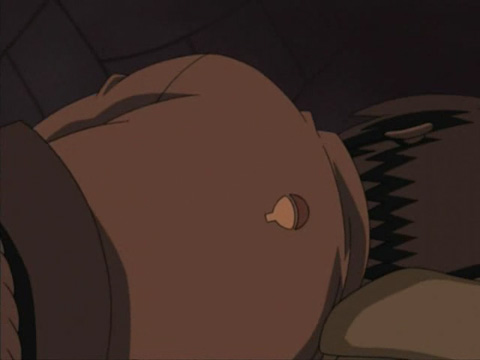