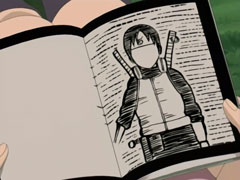 This episode is mainly about Saiâ€™s book. We get to see the content of book that Sai has accidentally left behind. The team decides to have a peek. They discover that the book is about Sai and his older brother because they can see a character that resembles Sai. So, Sakura suspects that the other character is Saiâ€™s brother. There is a pattern in the picture book. The person inside keeps on fighting with new enemy on every page and he uses his enemyâ€™s weapon and clothes. In the center of the book, there is an unfinished drawing of a person that looks like Sai but without a face. 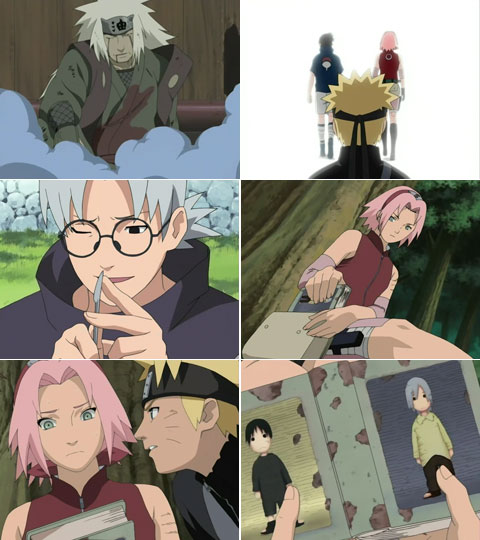 Before the reading scene, Yamato tells the truth about Naturoâ€™s power and destruction that he made. Naruto actually knows about the usage of Nine-tail power. Thus, Yamato advises him not to use it as that is not his true power. He should not rely on it to save Sasuke and Sakura.

In the end of the episode, Yamatoâ€™s clone manages to track Orochimaruâ€™s hideout. He quickly sends the information to Yamato. Team Kakashi is ready to resume their mission after a short break. In Orochimaruâ€™s hideout, Sai is given the honor to meet with dum dum dumâ€¦ Sasuke! And Sasuke does not seem to be so pleased. 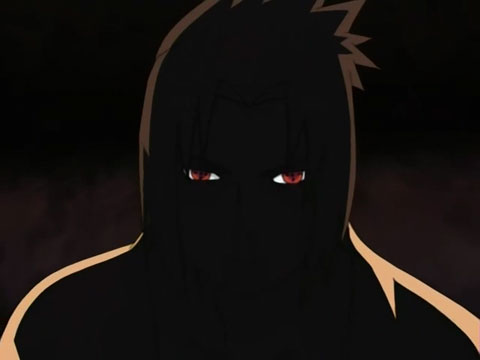