Posted by minerj in Naruto on February 1st, 2008 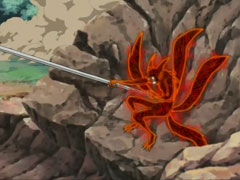 The title for this episode says it all. In this episode, we are entertained by the battle between Orohimaru and Jinchuriki (Naruto). I must say that I like this episode more than the previous one hour special. There is a lot of cool stuff happening in this episode. Orochimaru is practically vomiting snakes and swords out of his system. Meanwhile, the Jinchuriki is swallowing tons of chakra balls. This reminds me of Dragon Ball. I also must say that Orochimaru is pretty powerful to be able to withstand explosive attacks of his opponent. 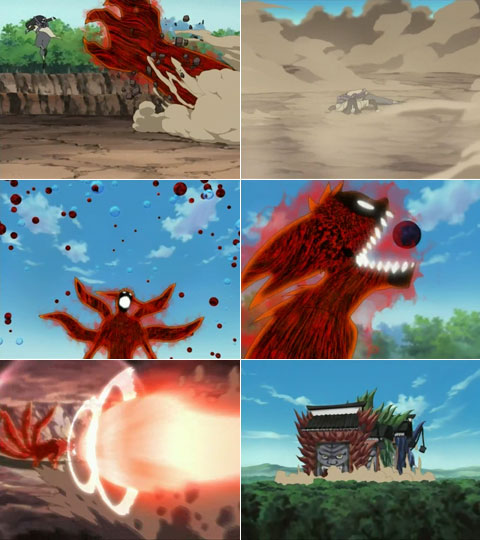 There is nothing much that we can expect from Sai. Yamato acts like a narrator in this episode. He also spends most of the time as a spectator. I would be to if I were him. Watching the fight is nice although a bit gross because of Orochimaruâ€™s skills. 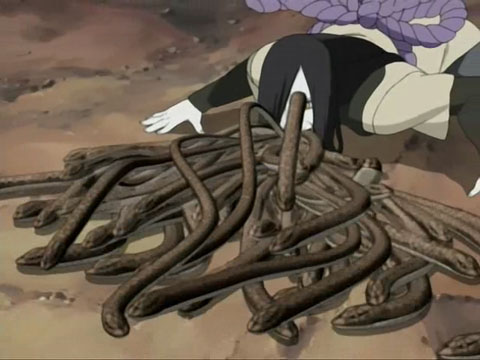