Reunion. The Power of Uchiha 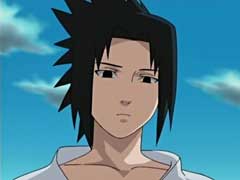 How lucky! Once again we are served with another 1 hour special of Naruto. This 1 hour long show is mainly about the reunion between old friends Naruto, Sakura and Sasuke. Basically, the main character for this episode is Sasuke. Of course, there are a pinch of Naruto, Sakura and Sai here and there. As usual, when friends are reunited after a long time, there will definitely be loads and loads of flashbacks. So, if you have recently started watching Naruto for the first time, you will learn the relationships that are created between the original members of team Kakashi. If you have been following Naruto since the very first episode, you will get bored. It is so because the scenes that are used in the episode are being overused. 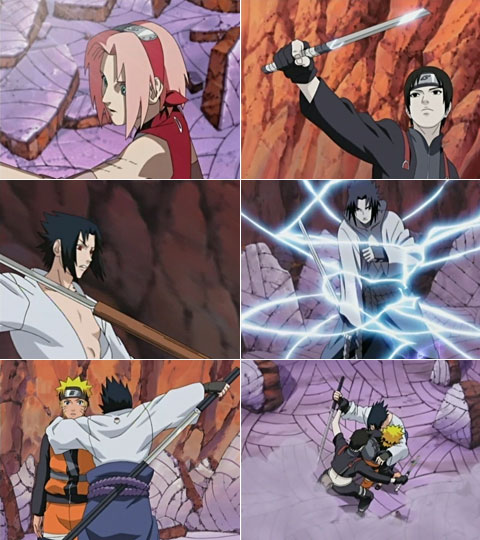 Besides that, after watching this episode, I realize that the first part, â€œReunionâ€, cannot stand on its own as an episode. It is pretty slow. There is not much action in it. The first part is basically about Saiâ€™s resolution to help Naruto bring back Sasuke to Konoha. However, team Kakashi, after reading his Bingo book, thinks that he is going to kill Sasuke for the sake of their village â€“ which can be a good thing.

Now, the second part of the episode, â€œThe Power of Uchihaâ€, is about the awesomeness of Sasuke. He practically owes everyone in their encounters easily. Team Kakashi cannot even lay a finger on him (maybe because they are trying their best not to hurt him). I am pretty sure that Naruto will want to bring back Sasuke in one piece too. So no point going all out on him. Funny thing happen in this episode, Naruto is supposed to come and save Sasuke but instead, Sasuke is the one who saves Naruto. 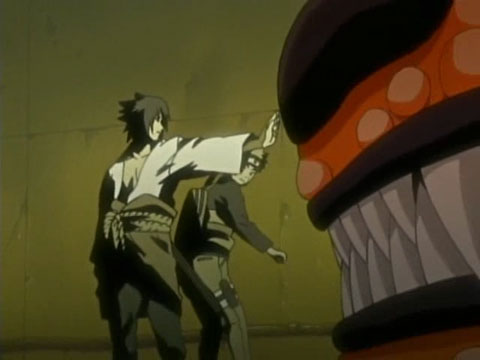