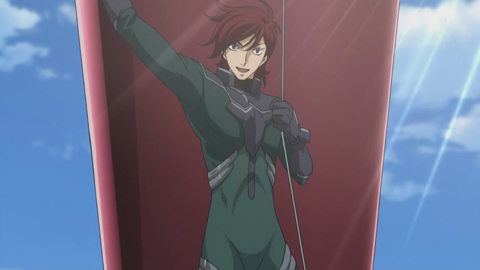 It’s not surprising that Patrick is alive (even though I’ve had completely forgotten about him until Lindt hinted it).

It’s not that surprising that he is in A-LAWS. 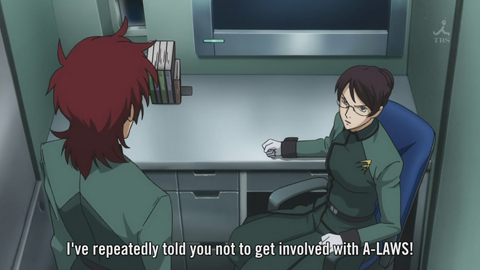 What’s really surprising is the fact that Kati had actually been in contact with him this whole time! DX

With everyone on the Ptolemy going on about their “reason to fight”, it would seem that Patrick will eventually become Kati’s reason to fight. Then once the Immortal Colselaw Colasour kicks the bucket, Kati would have her reason to go all out against her former comrade and fellow strategic analyst, Sumeragi.

Someone who calls himself an immortal is only painting himself as a big target to be killed off and the only way for ressurection is through either returning as the masked man or if you’re a badass final villain. And since he isn’t exactly a bad person, and we already have Mr. Bushido as the masked crusader of g00, Patrick will probably die a horrible, terrible death without hope of returning. He’s already escaped death once. 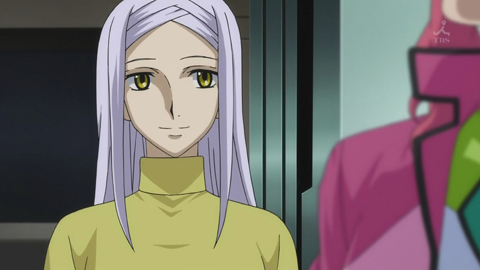 Gives us back Peries!

Soma Peries had become a really interesting character in the second season, but now it’s all ruined. Soma was very swiftly replaced by her original personality and Allelujah’s long lost sweetheart, Marie. Parfacy somehow always makes me think of parfaits, and maybe that’s where she got her name because Marie is so sweet that I’m beginning to get cavities. Her personality did a 180 turn, and so she lost everything and anything that made her interesting.

Despite Allelujah’s happiness, I want Soma Peries back. 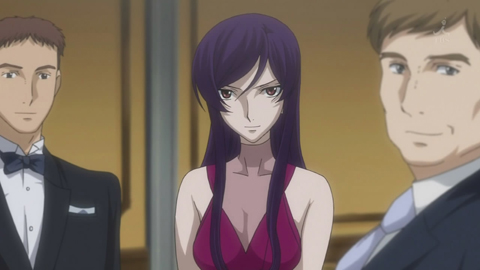 The producers must have waited long for this day to finally show the full glory of the shemale that is Tieria Erde.