Celestial Being Strikes Back

Posted by Neko Kyou in Gundam on October 8th, 2008 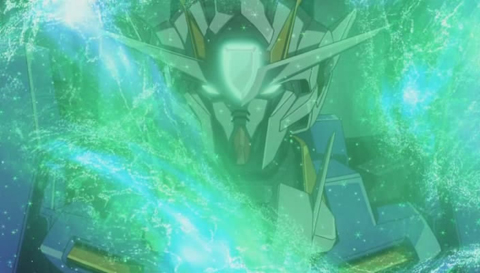 It’s been a long while since I wrote anything at all – including blog posts, leaving comments and forum posts. Much of the free time I do have are spent traveling (I’ve probably traveled more in the past couple of months than I did the entire of last year) and playing Ragnarok Online on a private server.

I’ve been hoping to get some motivation to start writing again, and while Code Geass R2 has been pretty awesome in the last few episodes, it didn’t give me any push to start writing about it. I was beginning to wonder if I’ve completely lost my interest in blogging, but the first episode of Gundam 00’s 2nd season have re-sparked the dying flame.

The episode itself is a lot better compared to season 1’s opening. In the short amount of time they’ve managed to squeeze in all the returning characters while at the same time revealing what each of them have been up to during the 5 years gap between season 1 and 2. 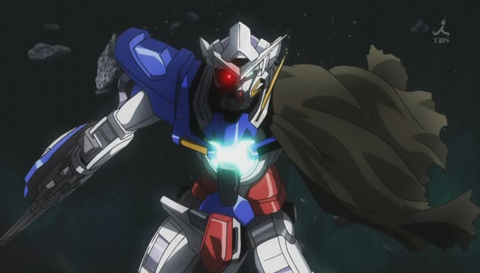 Setsuna is much more mature now, or at least that’s the impression I’m getting based on how he handled Saji. He had been in hiding for the past 5 years along with what’s left of Exia, although why he never tried to contact the rest of the Celestial Beings hasn’t been revealed yet. But I’m sure we will all find out soon by the next episode, along with why some of the other core members have gone their separate ways, willingly or not. 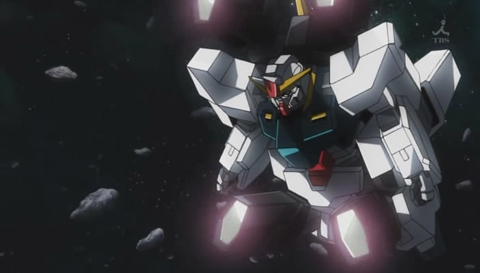 All the goodness of Virtue minus the fat = Seravee

Tieria looks acts less like a bitch and his Seravee looks more sturdy than fat when compared to Virtue. But it’s still a fatty Gundam with a shemale Mobile Suit hidden underneath it all. I doubt they can re-use Nadleeh as Seravee’s “core” since Nadleeh’s function has been rendered useless even before it made itself useful in the first place. It would be interesting to see what this new so-called-hidden-but-damn-obvious unit inside Seravee is capable of doing. The biggest shock here is that Tieria told Saji to thank Setsuna. Did he knock his head or something? But for once I actually agree with him, so maybe I’m the one who had my head knocked… 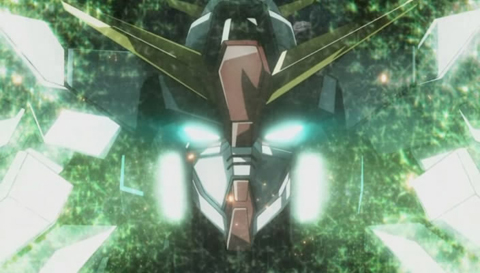 Oh, and I won’t be surprised if Sunrise decided to pull a Voltron in G00. I mean, what other reason do you have for putting a huge Gundam face on the entire backside of a Mobile Suit, unless you’re going to use it as a head for an even bigger and badass MS? We’ll have the Meisters going “Gundam, Gattai!” by the middle of Season 2, with flashy animation of different Gundams forming different parts of a huge mecha body. Then we’ll call it, Gundam 0.0! 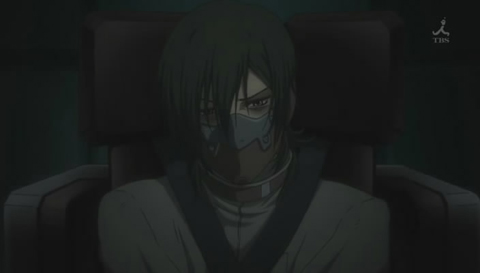 I wonder if he’s had any sleep the past 5 years?

Allelujah and Sumeragi are apparently broken. Allelujah is strapped on a chair in an isolate asylum while Sumeragi is seen having a hangover in bed after having some fun with Billy. 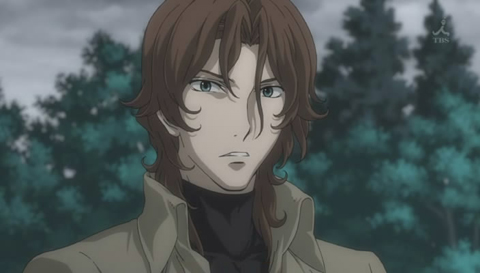 Near the end of the episode Setsuna was seen recruiting Lyle as the new Lockon Stratos, replacing his supposedly dead (supposedly, because this is Sunrise we’re talking about) twin brother. The episode preview also showed Setsuna showing up to bring back their pretty useless tactician, so I’m guessing Setsuna could well be the unofficial new commander of Celestial Being, a role which was taken on by Lockon before. 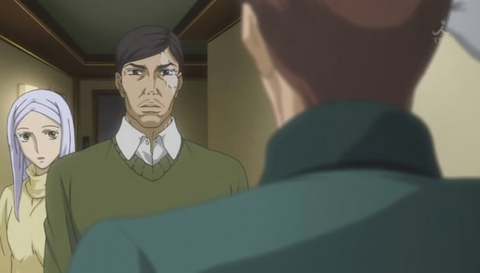 Sergei is probably trying to adopt Soma as a step-daughter. Or he could have asked her to marry him. I don’t blame him. I used to hate Soma, but now I think I’m in love XD

I actually can’t wait for episode 2. Maybe it’s just my Gundam fanboy side trying to satisfy itself with anything as long as it’s Gundam.