The anime fall season is upon us and many new titles will be showing up. Some are sequels, while most are new. What anime titles are you looking forward to? 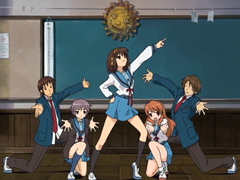 For me, I had been eagerly awaiting for a second season of Suzumiya Haruhi. Although it would seem unlikely that Suzumiya Haruhi 2 will be showing up anytime soon, I’m still hoping to see KyoAni pulling a stunt by not doing any promo or announcement at all, or at least wait until the very last moment. 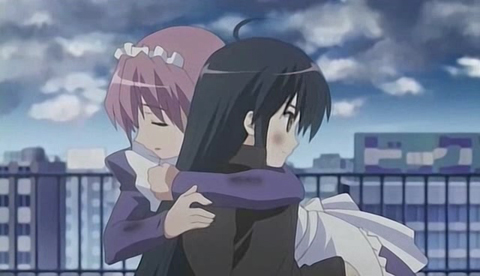 Putting Suzumiya Haruhi aside, I am looking forward to Shakugan no Shana Second. The ending of the first season suggests that Yoshida would play a larger role against the denizens of the Crimson Realm and her rivalry with Shana would escalate even higher. It would also be interesting to see whether Yuji himself would take up Blutsauger and fight alongside Shana.

Gundam 00 is something to look forward to as well, but I’m having doubts if it would be good. I don’t really like most of the character and MS design, but they really are secondary. The story would be the most important and hopefully we’re not getting another Wing. Nothing against Gundam Wing, but it just never really appealed to me except for some of its MS; namely Wing Zero Custom & Deathscythe.

Other than those, a few others that caught my interest right now are:

There aren’t that much information on most of the new anime right now, but I’ll see what I can dig up.

6 Comments to “Looking Forward to Anime Titles this Fall”