Posted by Neko Kyou in Coming Soon on September 10th, 2007 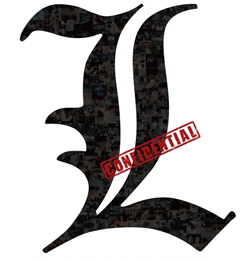 I think most people would have already heard by now about the Death Note spinoff movie that’s coming out soon – L.

As one would have guessed, the spinoff movie focuses on L, known as the world’s greatest detective and the arch-nemesis of Kira in the Death Note series.

My first exposure to the Death Note franchise was actually the 2nd movie – Death Note: The Last Name, which I watched in Singapore with Dyna and Carbunkid. It blew me away and I immediately went in search of the first movie.

Then I tried to watch the anime and read the manga, but it didn’t really stick to me. It’s probably because of the strong impressions that I had experienced from the live action movie.

Needless to say, my favourite character from the movie was L, so I was pleasantly surprised when I initially heard that a new spinoff movie based on L would be made a few months back.

The spinoff movie would be about L’s work before he was brought over to Japan to handle the Kira case, which would ultimately be his last. We already know that Kira would be L’s strongest opponent, so it makes me wonder just how much of a challenge were his opponents prior to Light.

I have high hopes for this movie but it would be kinda boring if L were to easily solve all his assignments, yet they can’t make it his targets are more capable than Light as well. It would be interesting to see how the plot maneuvers over this. If anyone have any information on this, please let me know 😀

The movie is set for release on the 9th of February, 2008. It’s currently sitting at the top of my “movies I must watch” list.