Code Geass R2 Screwing Itself Up

Pardon me being MIA the last couple of weeks. Had a short trip back home and Dyna was back as well with Kid so we spent most of our time playing MGS4 on our brand new PS3. 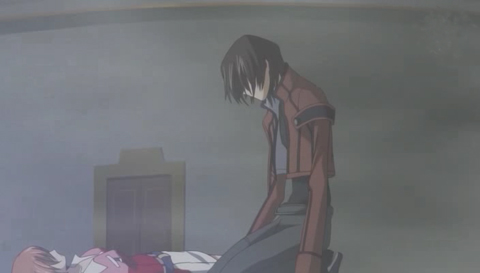 Shirley’s death was somewhat expected actually. Suzaku lost Euphy in a glorious bloodbath massacre, so it was only natural to assume that Sunrise will do the same in R2, this time with Lelouch. C.C. is immortal, and she’s already been dead a dozen times at least. Nunnally’s death would have been epic on the same level as the massacre, but she’s too well protected and isolated. With Shirley regaining her memory, she was the most likely candidate if any.

While that was kinda expected, it appears that a few unexpected twists will be taking place soon. Charles timing to appear before V.V. and his expression hinted that he might just betray his brother for a grander scheme of his own. And Lelouch had already revealed himself to both V.V. and Charles, so it’s only a matter of time before his mask is broken for all to see.

Lelouch’s decision to raid and take out the Geass research facility left many of the Black Knights in doubts about his true motive. It’s quite obvious that there are some discerning voices within the ranks even among his most trusted men.

Kallen also appear as though she might defect to Suzaku’s side after Shirley’s death. Not something that I would ever imagine happening to be honest, but the hints are there and I for one am not happy about it.

Orange defecting to Zero was a nice touch. But having both Orange and Xingke on his side could only mean that Kallen might really switch sides to balance out the power.

Right now Code Geass R2 feels like a time bomb again, this time ticking even more slowly to an even greater disaster compared to everything we’ve been thrown at so far. That would explain why I’m feeling afraid of what the future of R2 will be bringing us… 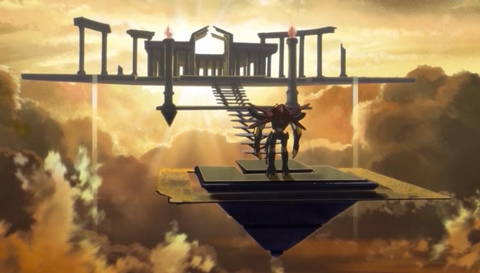 You just know Charles is up to something big here…

And apparently Marianne had a part in the Geass research and knew C.C. before her death as well, back when Charles was younger and just crowned as Emperor of Britannia. Pretty sure that this fact will be haunting Lelouch later on.

7 Comments to “Code Geass R2 Screwing Itself Up”