Posted by Neko Kyou in Clannad on December 3rd, 2007

A Wind That Disappears into the Twilight 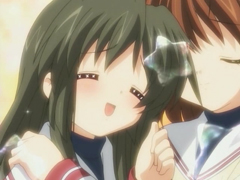 Seems that more and more people are forgetting about Fuko, but I really wonder how she really feels about it. Fuko is always quiet even when facing her own sister who can’t see her that its hard to tell if she feels sad especially since she could easily turn into her cheery self again in no time. Maybe she does but had already gotten used to it or had accepted the fact that she would one day disappear from everyone’s memory. 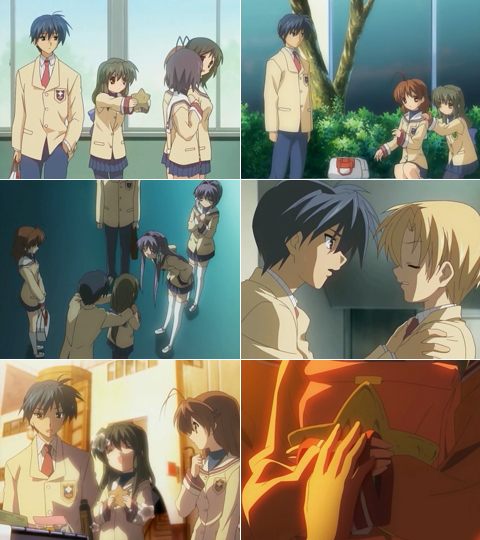 Her self-defense mechanism finally kicked in when Fuko became starry-eyed to escape from Tomoya’s pranks.

“My body gave me a warning. Run, he’s dangerous”

That really had me laughed out loud. A fresh twist and Tomoya didn’t managed to master any new Fuko-bullying skills this episode, although he almost got her anyway. But Nagisa is too honest for her own good. She had to spill the beans for Tomoya lol

I can’t believe that of all the people, Sunohara had to be the one that brings out the emotional part of this episode. And he does it so damn well, too. Unfortunately for him, Sanae did much better near the end of the episode that I could no longer hold myself back when she told Fuko that she could continue staying with them and that they are a family. She really must have had very strong feelings for Fuko since she could still remember much about her despite no longer being able to see Fuko. 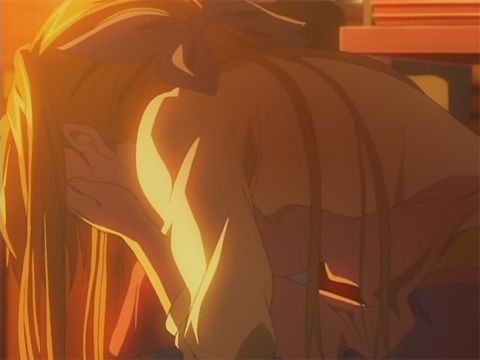 Amazing how Sanae could still remember Fuko even though she could no longer see her… And I meant it in a good way.