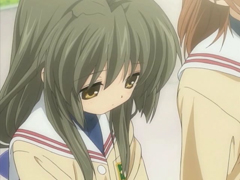 Tomoya and Nagisa finally learned the truth behind Fuko and it really seemed to have shaken them a bit to discover that Fuko’s sister could not see her. What’s even worse is that the real Fuko’s condition is getting from bad to worse. It broke their hearts (and mine as well) when Ibuki-sensei told them that the doctors said Fuko might never wake up from her coma.

Despite all that, Fuko kept a positive spirit and continued doing what she could for her sister’s happiness.

Sunohara might not be as bad as he appears to be, going after the trouble of stopping a couple of freshmen who ignored Fuko. But then he also discovered something shocking, something which I’ve also suspected – not everyone could see Fuko.

He did some investigation on his own and found out that not only do some people cannot see Fuko, but those who had received the starfish sculpture from her are beginning to forget about her as well. This is definitely something unexpected. 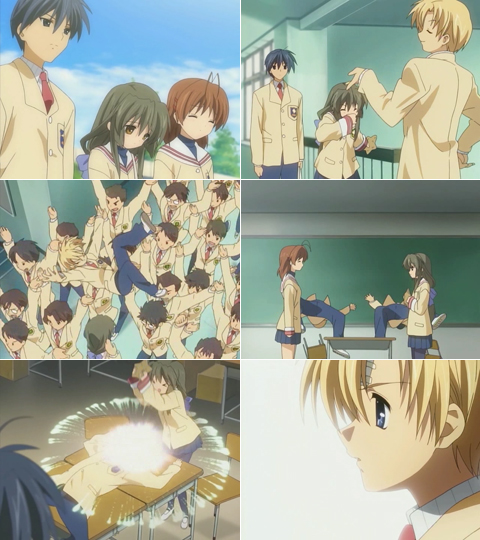 The series is definitely progressing well and in my opinion and I can finally see why there were so many fans waiting for Clannad to be aired. And unlike Kanon and Da Capo II, Clannad has really caught my interest with its storyline.

Oh yes, and there’s the starfish vs dango scene that really cracked me lol 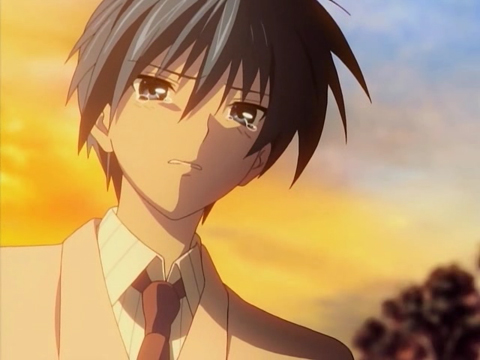 Most emotional scene in Clannad eva!