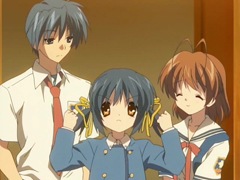 Kyou seems to have a SM fetish from the way she spoke to Sunohara. And she has her own fanclub! Where do I sign up? XD

No matter how well a basketball match scene is planned and animated, it would never satisfy you if you’ve watched Slam Dunk before. That said, the basketball match in this episode was actually pretty solid, although I still wonder if anyone could actually shoot the ball and score from Tomoya’s position as he was falling down. 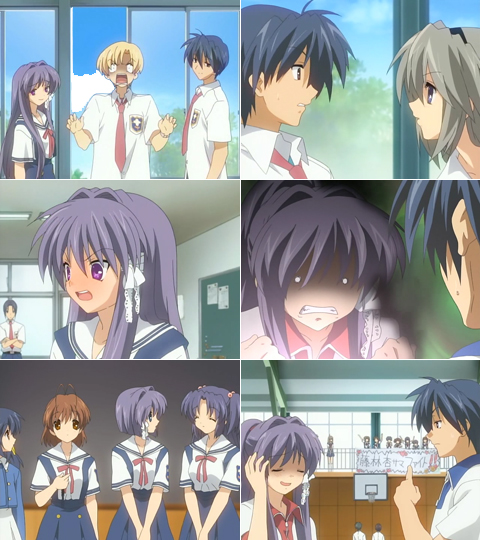 Mei only lasted one episode and seems like the only reason for her to be there was to convince Tomoya to play, other than that, she really didn’t serve any other purpose in the storyline. But poor Sunohara must have felt left out as usual with Mei paying more attention to others.

I’m still not really sure why Sunohara came up with the basketball match. How is watching them play basketball and then win going to convince the choir club to abandon their hopes when one of their members had even dared to send threats to Nagisa? 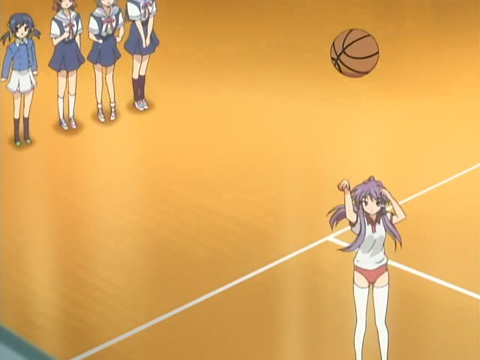 Actually, why can’t they just convince the choir group to join the theater club and they can start performing musicals. That way, Nagisa would be able to get her club together and act, while the choir girls gets to sing.