Posted by Neko Kyou in Thoughts on December 31st, 2009

This time instead of a top 10, there will actually be 12!

The reason is because I had such a hard time trying to decide which are the best in my opinion and I ended up with 12 great shows that I don’t have the heart to just kick any of them off the list anymore.

Also, this list is based on my own preference. Everyone have their own tastes, you might not like the same shows as I do, but chances are there will be a few that you will agree with me. 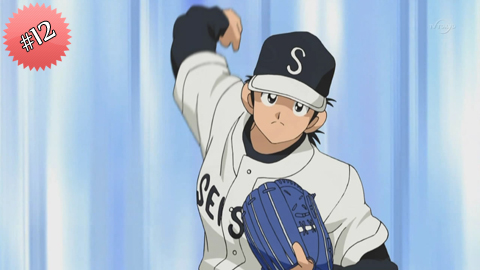 Never thought I would be watching a baseball anime. I’ve had absolutely no interest at all in the sport, and I still don’t. But the story itself is very well written and the animation top notch. The first episode left a pretty deep impression on me, which is what hooked me into continuously watching and enjoying Cross Game. 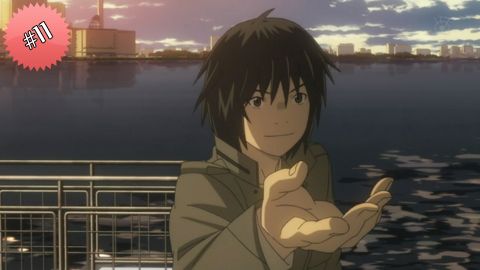 Yet another well written story, Eden of the East is destined for greatness. Why the low rank, though? Because the ending was hanging and it would be another year (estimated) before any of us outside Japan can get to see the first movie. And then there’s the 2nd movie…

Having to wait so long for the finale just leaves a bad taste in my mouth. 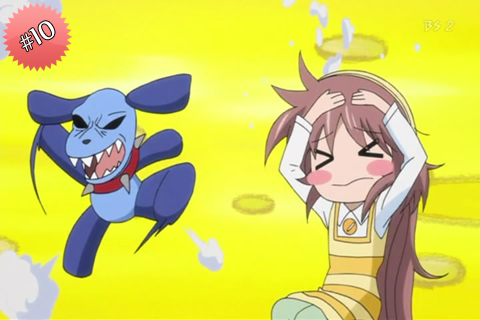 CLAMP did it again with Kobato! And thankfully, this time it seems like they’ve gone back to a more straight-forward and less confusing story compared to Tsubasa Reservoir Chronicle and xxxHolic. I didn’t want to read the manga yet since I’m still reading the former 2, but after watching this I probably will start reading the manga too. 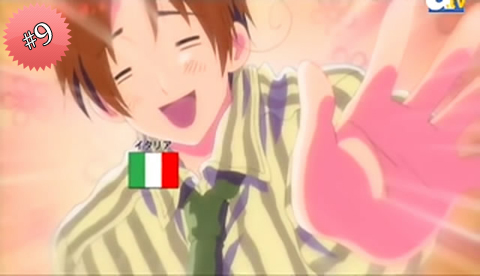 History has never been so fun. I wished they used this to teach World History back in school, I would have learned a lot more (and actually remember it, too!). The jokes can be really hit or miss, and sometimes it just doesn’t make sense at all, which is why Hetalia doesn’t rank any higher. But I always find myself looking forward to more Hetalia every week. 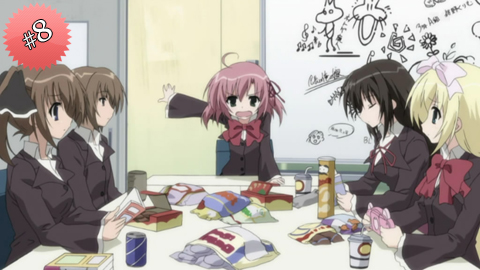 The student council may not do anything at all with most of the show taking place in that same room, but in this case it’s not the settings but the characters that keeps the series floating. I only wish it was KyoAni who were doing this, they’re probably the most suited to do a show like this. 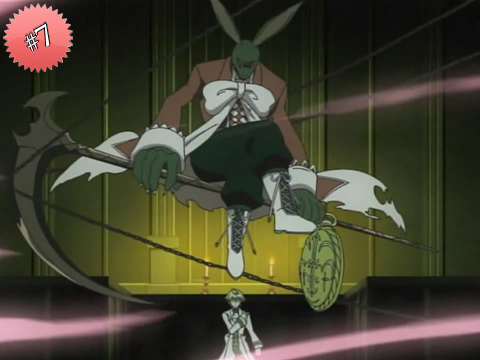 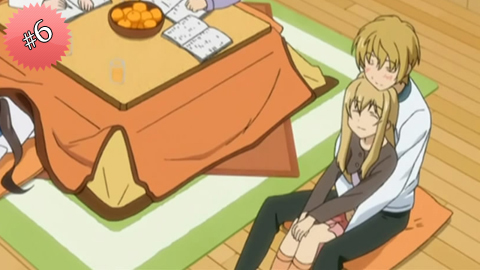 While it may not be the same standard as the original Minami-ke (my top anime of 2007), Minami-ke Okaeri is leaps better than the previous season of Okawari. The OP and ED may be placed at annoyingly odd timing, but at the very least Minami-ke became watchable again, and more importantly – funny and interesting. 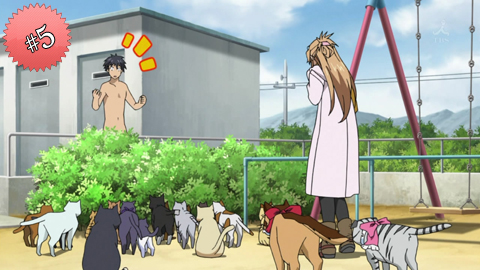 A romantic comedy with a cat curse, what more can I ask for!?

And you just gotta love Nyamsus <3 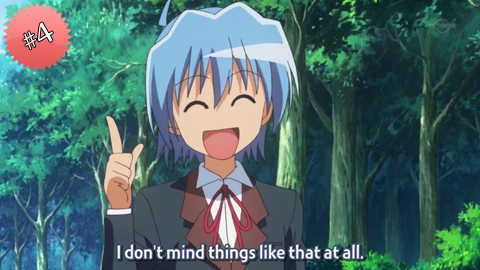 Hayate’s season 2 starts off a lot stronger than season 1, but ends rather abruptly. Season 2 puts a lot more focus on side characters, especially Hinagiku. More Hinagiku is never a bad thing – her dazzling performance of Cruel Angel Thesis was nothing short of remarkable. 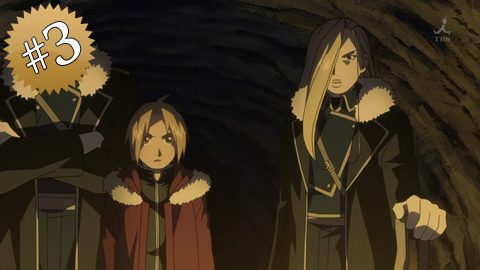 I’ve never been a fan of Full Metal Alchemist. But Brotherhood surprised me. After the first 10 or so episodes, it took a different turn than the original anime series, this time following the original manga storyline. I can finally see why FMA is so popular thanks to Brotherhood. All I can say is I’m glad I decided to stick with Brotherhood to see how the story would be different since it follows the manga. Olivier Mira Armstrong quickly overtook Mustang and Major Armstrong as my favourite character. 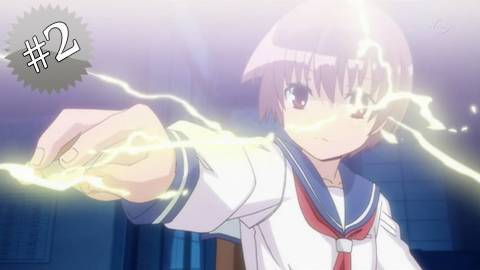 Mahjong is a fun game. It takes both luck and skill to play and it feels like a strategic battle between 4 people. Throw in plenty of ridiculous moves and finishing hands, and you get Saki. The chances of performing any of the hands that so frequently appear in Saki is extremely low in a real life game. But even though you know they are coming, it still feels extremely intense to watch Saki do her thing. While the fanservice can be over the top sometimes, it’s only natural since it’s by Gonzo. 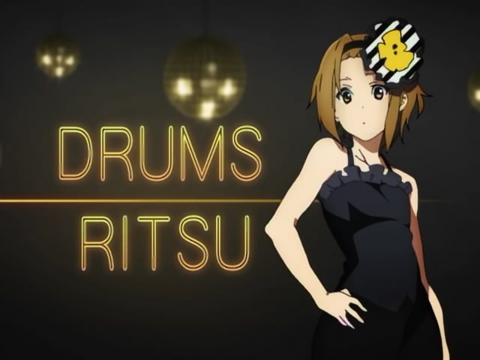 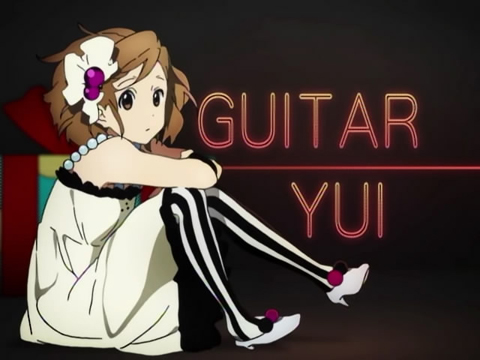 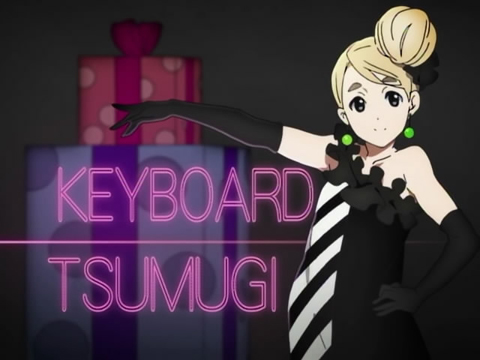 And finally the bass… 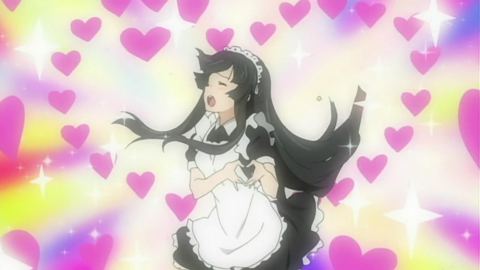 Let’s try that again.. on the bass… 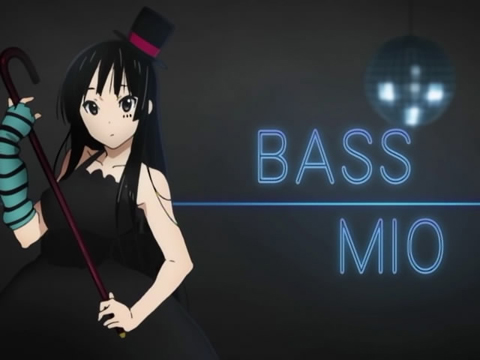 Yup, the winner this year is none other than the light music club, the K-ON club! 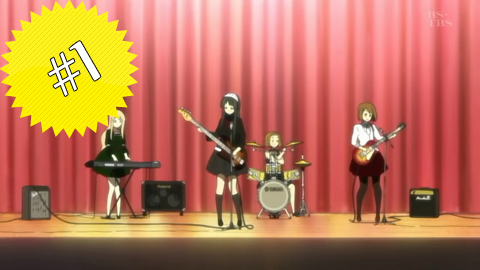 Animation quality may be lacking, even more so since this is coming out of KyoAni’s studio, but K-ON quickly grew into a huge sensation. Mio became the newest darling of anime fans worldwide overnight. It won’t be exactly wrong to say that Mio was what helped pushed K-ON to the top of the list and she is the main reason the majority continues to enjoy and loves the show.

The music and songs are also excellent to say the least. Don’t Say Lazy, Fuwa Fuwa Time, these are just 2 of the songs from K-ON that will live on for many, many years to come. A true masterpiece, if only KyoAni had done a better job at the animation quality, but I guess you can’t always have it all. 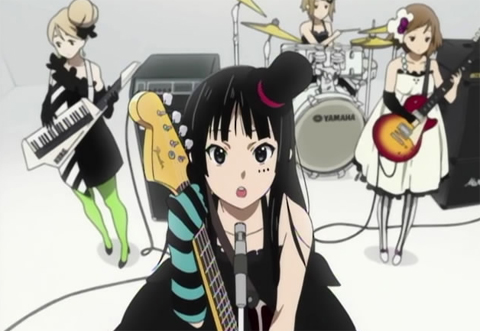 If you liked this article, please consider subscribing to my RSS feed. Don't know what an RSS feed is? Click here.
15 Comments